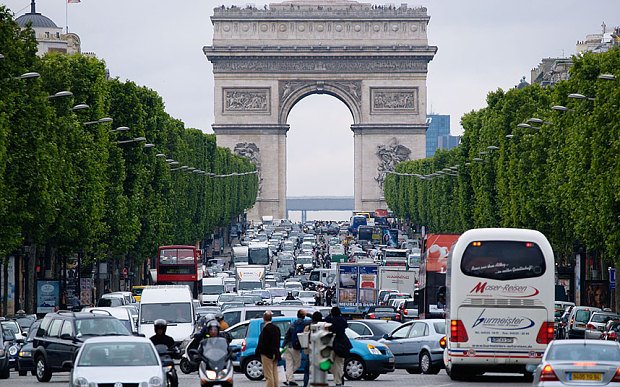 France will ask carmakers to help fund an expanded trade-in program to get older, polluting cars off the road with incentives for new ones, the French finance minister told daily Le Parisien.

The existing government-funded scrappage scheme, which mainly targets old diesel cars, is already oversubscribed. The widening of the incentive is partly funded by a hardening of the tax on polluting vehicles adopted on Tuesday, which should raise 40 million euros ($45.6 million) to reach a total of 610 million next year to finance contributions for the purchase of more environment-friendly cars.

The minister's agenda says he will hold meetings with Environment Minister Francois de Rugy and car makers, such as Renault and PSA, to "discuss measures aimed at speeding up the vehicle fleet's ecological transition." "With Francois de Rugy we will ask car rmakers to contribute to the conversion premium," Finance Minister Bruno Le Maire told Le Parisien in an interview, adding that the incentive should be more efficient and reach more French people.

The level of car makers' contribution to the wider scheme would have to be discussed with them, he said. Newspaper Les Echos earlier this week said French car makers were already discussing between them the implementation at their expense of a bonus for the conversion of old vehicles. The precise outlines remained under discussion.

There has been a global backlash against diesel-engine cars since leading German car maker Volkswagen admitted in 2015 to cheating U.S. exhaust tests. The scandal has boosted investment in electric vehicles and incentives for green cars. German Chancellor Angela Merkel and her coalition partners agreed earlier this month on plans to cut pollution from diesel vehicles by asking car makers to offer owners trade-in incentives and hardware fixes.

But car makers had said the focus should instead be on encouraging car owners to trade in their older diesel models for cleaner vehicles - which would bring a boost in sales, albeit at discounted prices. Volkswagen on Thursday said it will offer trade-in incentives and a bonus for scrapping older diesel vehicles in Germany.