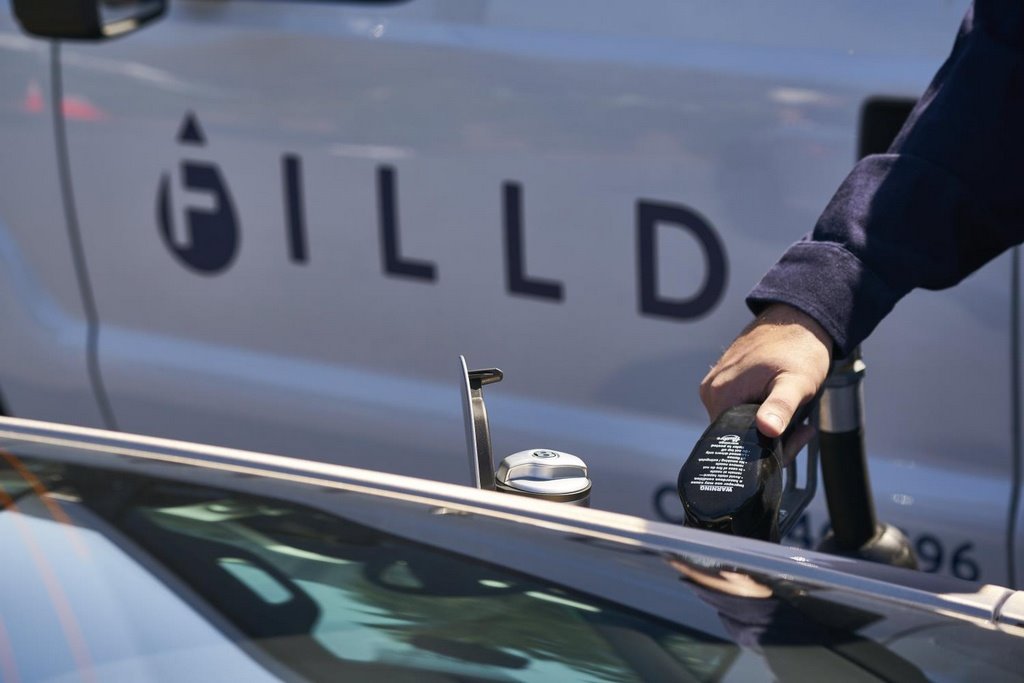 Parkland Fuel Corp., a large fuel marketer and convenience-store operator, is investing in on-demand fueling. Parkland has helped raise $15 million in Series B funding for Filld, an on-demand fueling service based in Mountain View, Calif. It co-led the round of investment with Calibrate Ventures.

Other investors include Cendana Capital, Lucas Venture Group, Javelin Venture Partners and Hallador Investment Advisors. Parkland distributes Chevron and Esso branded gasoline, and it owns and operates c-stores in Canada and the United States. This includes Superpumper Inc., a chain of 24 c-stores based in Minot, N.D., and more than 500 Ultramar gas stations in eastern Canada.

Parkland's fundraising effort appears to be the first time an independent fuel marketer and retailer has invested in the mobile-fueling space. Major oil companies have been more active: In February 2018, ExxonMobil became an investor in Yoshi, a San Francisco-based service, and Royal Dutch Shell is introducing its own Shell TapUp mobile fueling offer to Houston this year.

As part of Parkland’s investment, Doug Haugh, president of Parkland USA, has joined Filld’s board of directors. “As Canada’s largest independent fuel marketer with a significant retail presence, we are always looking for innovative ways to help improve our customers’ fueling experience,” said Bob Espey, president and CEO of Parkland Fuel Corp.

“Parkland is committed to providing our customers with a wide range of choices to interact with our brands, whether that’s stopping at the gas station or getting vehicles fueled at home or work. We are proud to provide funding and operating expertise to Filld as they expand to new markets.”

Filld plans to use the funding to expand into new markets and grow within existing markets, as well as improve its technology platform and connected architecture. Its growth strategy involves first entering markets with business-to-business fueling services and then expanding into consumer fueling.

Following this course, Filld recently added consumer fueling to the Washington, D.C., market, where it already provides mobile commercial and fleet fueling. In March, Filld expanded its fueling services to consumers in Seattle, marking what was its first new direct-to-consumer market beyond the San Francisco Bay Area base.

“We have been impressed by how Filld responds to accelerating customer opportunities and requests by scaling its platform and embracing innovation in fueling technology,” said Jason Schoettler, co-founder of Calibrate Ventures. “The team's smart approach to launching new markets, strong industry partnerships and customer focus set them apart.”

“Filld plays a crucial role in the future of last-mile energy delivery. We’re proud to build and expand our fuel delivery platform for individual consumers, as well as commercial and fleet customers,” said Michael Buhr, president and CEO of Filld. “It’s an honour to work alongside some of the most innovative companies in the industry and to collaborate with leading retail, e-commerce, auto manufacturing and supply firms. We're excited for what's to come.”

Parkland, based in Calgary, Alberta, is an independent supplier and marketer of fuel and petroleum products in North America, as well as a convenience-store operator. Parkland optimizes its fuel supply to retail, commercial and wholesale customers with its Burnaby, B.C., refinery, and through its supply relationships and storage infrastructure. It provides c-store brands including On the Run/Marche Express.