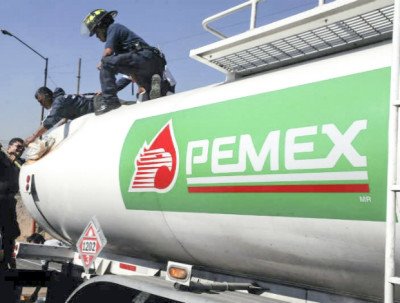 BP Plc and Total SA are among international gasoline retailers that are facing a supply shortage in Mexico because of soaring fuel theft and weather issues.

At least seven terminals owned by state oil company Petroleos Mexicanos have seen major fuel shortages since last week, said two people with direct knowledge of the situation. The shortfalls in Mexico City and the states of Mexico, Hidalgo and Queretaro have affected BP, Total and other retailers, and there is no indication of when supply will be back to normal, the people said.

A Pemex spokesman said the company’s storage terminals have enough inventories to satisfy normal demand and there is no fuel shortfall or scarcity. There have been some delays in the distribution of fuel because Pemex is giving priority to gas stations with lower inventories, resulting in delays for others, he said, asking not to be identified, citing Pemex’s internal policy.

BP has seen shortages in more than 20 gasoline stations in Mexico, with losses of at least 15,000 liters each or about a quarter of their average capacity, said one of the people. At times, levels have fallen below 5,000 liters, forcing stations to close, the person said. BP has more than 300 service stations in Mexico and plans to reach 500 by year-end.

At Total, the problem began two weeks ago, affecting about 15 percent of its gas stations in Mexico, one person said. That amount has grown sharply since the middle of last week, and the shortages are now affecting about 45 percent to 50 percent of volumes. Representatives from BP and Total could not be reached for comment after normal business hours.

Fuel theft is a growing problem in Mexico, with pipeline taps involving both fuel thieves and violent cartels costing Pemex billions of dollars in losses each year. Pemex pipeline taps increased by 50 percent in the first eight months of 2018 compared to the same period a year ago, reaching almost 42 taps a day.

While the company repairs its pipelines, Pemex is sending fuel by truck, but the transport has been slow, one person said. With Mexico entering a period of high demand, Pemex will seek to supply its own gas stations first before supplying others, said a person close to the company’s trading arm, PMI.

The supply issues are principally due to logistics, with Pemex’s refineries operating at heavily reduced rates, the person said. Mexico’s six refineries were operating at 37 percent of their capacity in September, Pemex data shows.

Hurricane Willa also forced Pemex to shut its Mazatlan and Nayarit fuel storage and dispatch terminals Monday last week. Pemex said that the facilities were operating normally two days later, and that there were enough fuel inventories to meet demand.