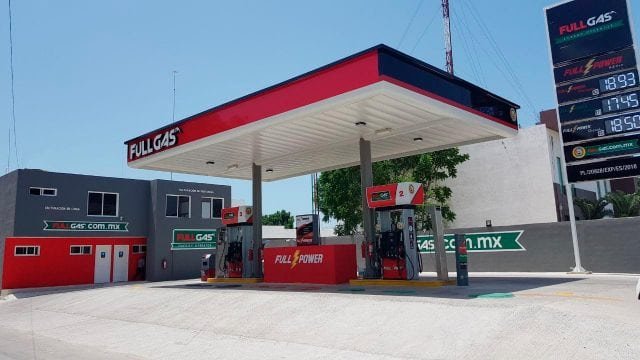 The company Fullgas expects to close this year with 70 licenses signed by small gasolineros that will leave the ranks of the Petróleos Mexicanos (Pemex) franchise.

"We had a projection that by now we would have between 25 and 30 signed licenses. We already have 50. We have almost doubled the number we had in mind. We are going to close 2018 with 70 licenses already signed, "operations director Jesus Montoya said in an interview.

Repsol will "remove" Pemex 100 gas stations in 6 months. The executive explained that the service stations began their procedures to terminate the franchise contracts with Pemex, register their new marketing contracts and start selling fuel under the Fullgas banner.

To achieve this, the company from the Yucatan peninsula will pay 50 million pesos (mp), although the figure may vary according to the number of licenses added. Montoya said the company intends to open a gas station in Mexico City and also have new stations in Zacatecas, Colima, Durango and Coahuila where they are negotiating with gasolineros.

Shell rehearses app to order gasoline from work or public places "The most likely thing is that we can have a presence in eight or nine states," he added. Since the appearance of new brands in the petrol station market, Pemex has lost more than 30% market share, although it retains most of the diesel and gasoline supply in the country.

In July 2018, the company directed by Sebastían Figueroa presented its plan to license its brand to small gasolines from all over the country, with the objective of adding 360 gas stations in three years. To achieve this, it would reach 70 million dollars over a period of five years.

The cost of each license would be 25,000 pesos per year, compared to the 500,000 that costs one with the energy giants that have arrived in our country.