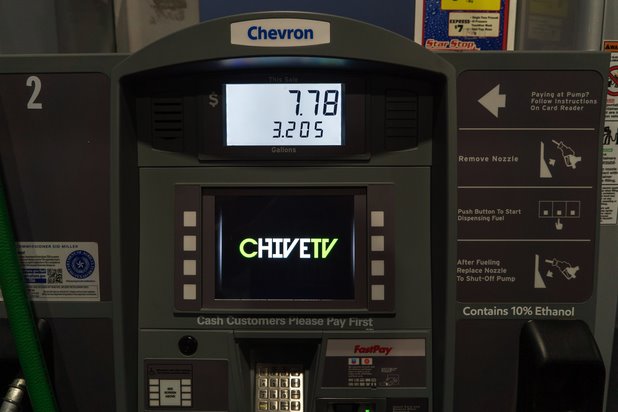 Chive TV, a digital media company under the Chive Media Group, will have its content streamed to more that 18,000 fuel stations as the result of a new partnership with GSTV, a national video network that works with fuel retailers.

Under the partnership, Chive will create a small block of programming that will loop on select fuel station pumps with TV screens across the nation. The programming block will include a mix of family-friendly and brand-safe, action, sports, stunts and comedic bloopers.

The partnership with GSTV is part of Chive’s growing out-of-home media efforts, which are focused on bringing its content to TVs outside of consumer households like bars, casinos, and gas stations. Chive TV‘s owned-and-operated OTT channel currently brings video content (along with ads) to more than 20,000 screens in 3,000 restaurants, bars and other retail establishments across the U.S.

The company has also signed a distribution deal with the Royal Caribbean, an international cruise line brand, that brings its content to the pool deck of all 25 ships in the Royal Caribbean fleet.“Everyone intuitively understands that the content-first approach is the future of out-of-home media because it draws eyes to the screens and primes viewers for an ad message,” Leo Resig, CEO and co-founder of Chive Media Group.

“However, content is easier said than done. We have a decade of industry leadership in content, so we have been able to create mutually beneficial agreements with partners where they get top-notch content that engages people wherever they are on their daily journey. In turn, we continue to grow our distribution.”

Resig says that, combined, Chive’s content partnerships with GSTV, Ziosk, Cedar Fair, and Royal Caribbean, Chive TV reach 230 Million People in the US every month, representing a “vast majority of the total addressable market for advertisers.”