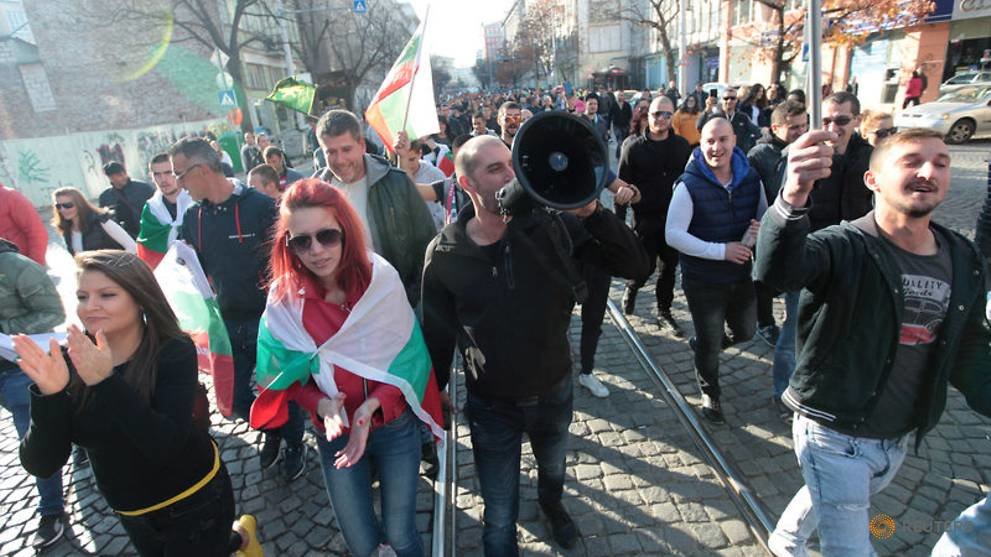 Thousands of Bulgarians demonstrated across the country on Sunday against high fuel prices, blocking traffic in around 20 cities and on key highways to Greece and Turkey.

Protesters clashed with police in Burgas, where traffic was backed up around 10 kilometres (six miles) at several entry points to the Black Sea town, public radio BNR reported. In the capital Sofia around 1,000 demonstrators rallied outside the government offices shouting “Rubbish” and “Resign”.

“How can they sell petrol here at the same prices as in Spain and Luxembourg when we are the poorest country in the European Union?” asked taxi driver Ivan Naydenov.

A litre of petrol or diesel fuel costs around 2.40 leva (USD 1.13/1.2 euros), or USD 5.15 per gallon, after rising five per cent from August to October, in a country where the average salary is 575 euros per month. Motorists are also paying higher taxes on polluting vehicles and higher prices for heating fuel.

Three major motorways and many smaller roads were closed for hours, impeding traffic in the southwest towards Greece, in the south towards Turkey and in the north of the country. The police union issued a statement Sunday in support of the protests. Ruling party lawmaker Emil Dimitrov accused the socialist opposition of being behind the protests organised through social media.

The head of the federation of distributers of petrol and gas, Andrei Delchev, said Sunday that prices would start to go down in line with global trends. “Expectations that international prices will rise after the imposition of US sanctions against Iran are unjustified,” he said.

The conservative government of Boyko Borisov says its fuel taxes are the lowest in the EU ,Protesters say the Russian company Lukoil has a near monopoly as the owner of the only oil refinery in Bulgaria, and is in control of fuel depots. (AFP) RUP