This is a feature from erpecnews magazine, issue 85 - To read the feature in the e-book, click here

Being in Dublin this month for Ireland’s Convenience Retailer Summit, gave me the opportunity to see for myself exactly what Irish fuel stations and high street c-stores have been getting up to of late. 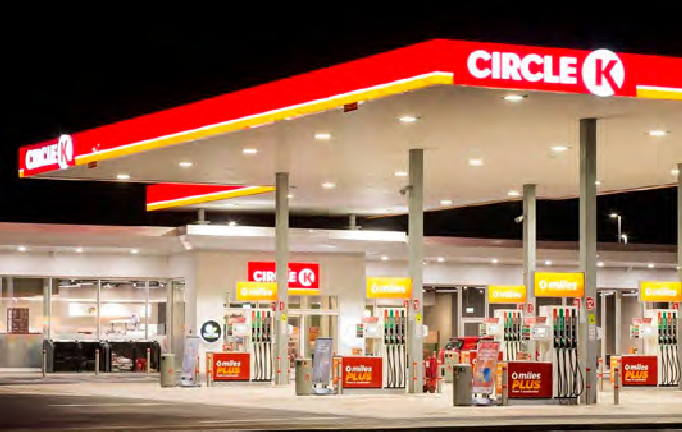 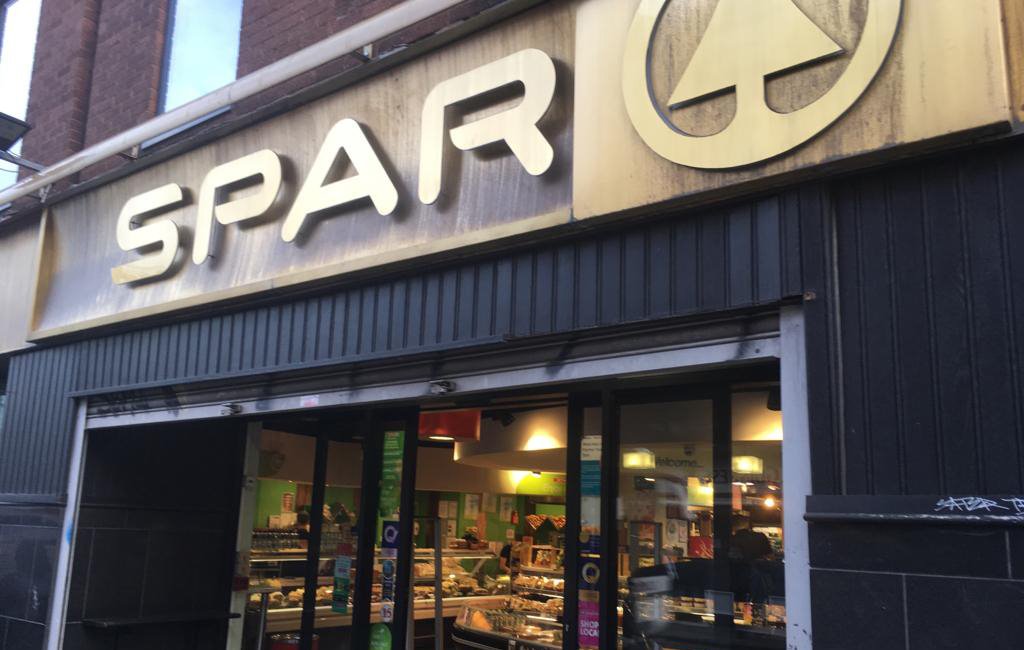 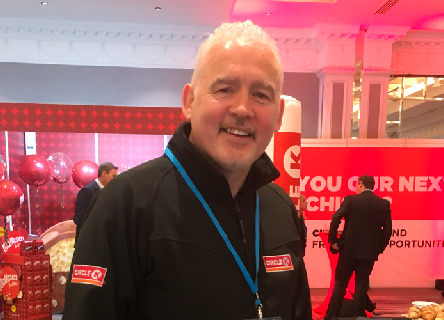 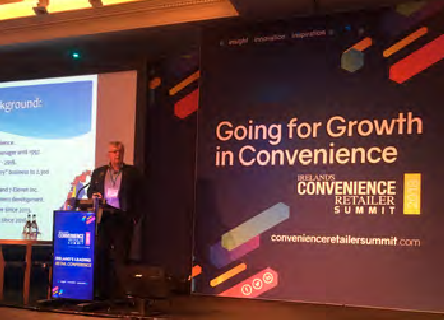 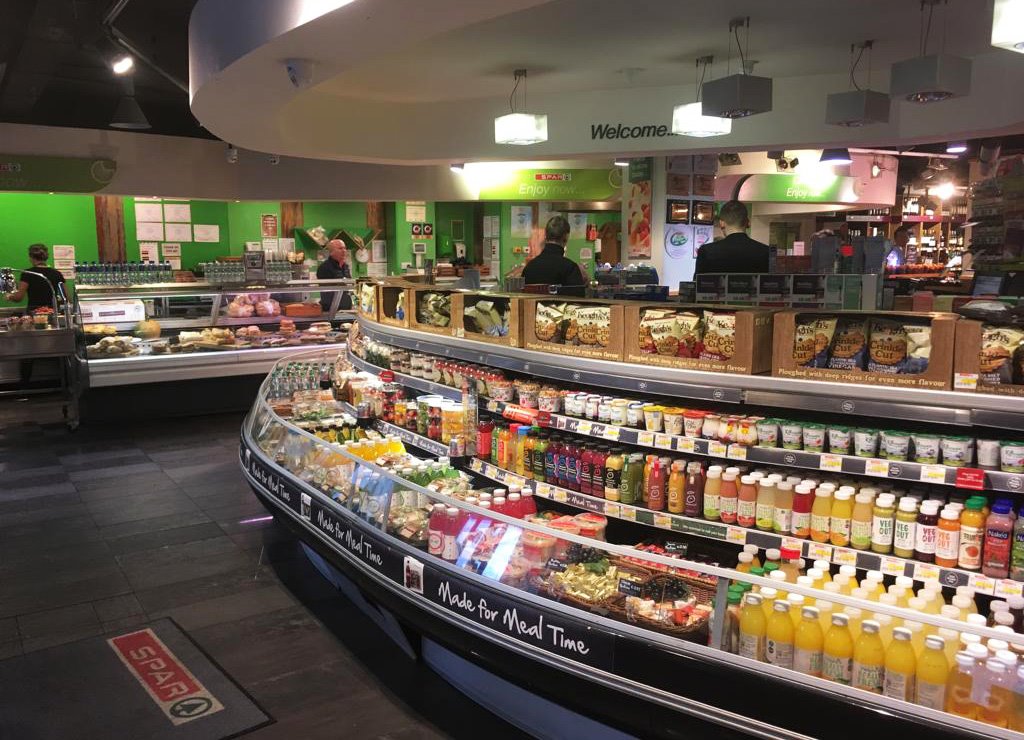 I started browsing at the airport and was not disappointed as I came across a unit offering hot food and a deli counter, the likes of which you would expect to see in a affluent county town, well-staffed, with extremely happy friendly people behind the counter who ‘to be sure’ almost make you want to order something else to enjoy the experience for a second time.

Next stop was a Spar shop, or to be more specific a Gold Spar shop, in the centre of Dublin, which I believe has won an award locally for its fresh food offer. It’s best described as a grocery, coffee shop, sandwich bar and delicatessen wrap, as it has the best of all those features rolled into one. The quality of the food on offer really impressed me and the innovation of the freshly made bagels and pastries was quite outstanding. Everything looked like it had just been placed into position at that exact moment.

If you didn’t like anything on display at this premium Spar location, a freshly made, whatever you want, can be made for customers at the far end of the counter, by someone with a an extremely eager face, fired up and ready to help. A god send you might say when looking for that extra service, which always seems to make the difference. Then there are the huge semi-circular display cabinets boasting huge ranges of healthy food options, almost reaching out to customers as they enter the store, inviting them to buy one of the many salad options, fruit bowls, granola desserts or healthy drinks. I had a bottle of elderflower juice.

If I had walked around Dublin all day, I don’t think I would have seen a better example of convenience store excellence, so I took a few photos shown here and set course for the conference I had come to see, which was being staged in a downtown Dublin hotel, The Clayton.

Dublin as a destination will feature on most people’s tick lists as it has fun written all over it, but visitors need to savour the Irish capital rather than go head first into its perceived ‘have a good time’ reputation, so as to avoid coming back disappointed. When I first walked down the steps of a Ryanair plane onto the tarmac of Dublin airport many years ago, I almost expected some friendly unknown person would offer to drive me into town and drop me off at some local bar, where the conversation, drink and River dance music would flow all evening for free! Well it wasn’t quite like that, but once I had paid the cab, found my hotel and but once I had paid the cab, found my hotel and met up with my friends I did have an exceptional time, but from my experience, it doesn’t just come to you as I had previously thought. Like any ‘few days away’ city visit, you have to plan it.

In his welcome message, Bill Penton, Managing Director of Penton Group, organiser of the Convenience Retailer Summit Conference, wrote about Brexit as being the hot topic of the moment and asked what it will mean for the retail operators, convenience product manufacturers, wholesale dealers and the freight industries on both sides of the border. He praised retailers across Ireland, North and South, for being quick to up their game in their respective markets in preparation for what’s to come and the challenges which may lie ahead. Nice man!

Throughout this extremely inspiring day, which ended with a very well attended Gala Dinner, pick of the speakers for me were firstly, Magnar Møkkelgård, former Vice President Business Development of Reitan Convenience in Scandinavia, who highlighted the importance of delivering fresh healthy eating options for today’s convenience store customers. To underline his discussion, he pointed out that a 7 Eleven delicatessen in Norway, is now selling 6 cases of Sushi every day. Wow! It makes you think. Why not

Vicky Godolphin, Head of Digital at Accenture Ireland, talked about our phones, claiming that we are completely obsessed with them. Apparently, for 78% of us, our phone is the first thing we look at in the morning and the last thing we see at night. Some good rapport with the audience allowed Vicky to motivate delegates into discovering new ways in which they can engage with their target markets. A highly rewarding session!

Chanelle Lady McCoy, who was recently signed up as a TV Dragon in the Irish version of Dragon’s Den, where entrepreneurs pitch their respective businesses in front of five self-made business millionaires, was the third speaker I found to be extremely engaging as she provided insight into what it means to grow a business on a global scale. Chanelle has successfully built up a pharmaceutical and fashion empire making her one of the most noteworthy entrepreneurs in Ireland. A wonderful lady!

Last up for me was Jacob Schram, former Group President of Europe Circle K. The Norwegian businessman behind bringing the Circle K brand to Europe talked about his times at McKinsey, McDonald’s and Statoil where in 1996 he had a clear goal of advancing the company in the retail market. He has written a book, ‘The Essence of Business’. An amazing insight into the workings of one of the world’s most dynamic executives!

Other speakers on the day were Ian McShane Chairman at Behaviour & Attitudes, Keith Barry, Hypnotist and Brain Hacker and Mark Woltmann, NACS European Director. The event was hosted by TV3 presenter and political pundit, Ivan Yates.

On the exhibition floor I grabbed the chance of talking with someone from leading Irish retailer Circle K, which in 2015 acquired Ireland’s most prominent retail fuel operation of recent years, Topaz. I caught up with Damian Byrne, Head of Franchise Retail Sales who talked about the success of the Circle K brand. He said “Customers in Ireland actually demand more, which makes the market extremely competitive. We have a tried and tested offer in Ireland which has been out there for the last four or five years, with Topaz and our previous shop brand Re Store, but the kind of extra experience Circle K brings to the table, from having over 15,000 outlets worldwide is enormous”.

The convenience store offer in Ireland is one of the best in the world and compared to the UK for example, the market is much stronger and considerably more developed. Having noted earlier in this article the healthy food products I saw on sale in the Gold Spar store, I pressed home the point about healthy lifestyles being important and asked Damian what position Circle K takes on this view point.

He explains “Our concept here is built around health, wellbeing and nutrition and within this we have a comprehensive deli range, the healthiest fish and chips you’ve ever tasted, with the fish being bread crumbed and not battered, handmade burgers and a Mexican offer which maybe caters for the spicier taste. Much of what we do is tailored for the Irish market, including our coffee, which is made for us especially in Venezuela for the Irish palate. I would like to add that refreshing the offer regularly is vitally important in order to keep customers returning time after time and in this respect our deli ranges are changed every 3 or 4 months and we have 16 different breakfast items to choose from on the menu, including freshly cooked waffles and omelettes.”

As regards the executives of Circle K looking at the Topaz brand a couple of years ago and perhaps saying to themselves, “this looks an attractive market” and then acquiring Ireland’s leading fuel retailer with a network of over 550 sites, I asked Damian, as one of the largest c-store retailers from the US, did he think Circle K learned something from Ireland? He replied “It’s definitely a case of win-win as they have a massive amount of experience in the convenience store sector, but our local knowledge is key. We’ve done the journey over the last few years with our 160 company owned sites. We roll the concepts out and we’ve seen what works prior to us going to the independent DODO retailers in our network and saying, this is what our new ranges look like, these are our latest brands, this is the new coffee etc etc. In effect all the hard work has been done for them which is ideal”.

I cheekily asked if SPAR should be looking over its shoulder from now, to which Damian replied “Absolutely! We have a great offer, unrivalled experience and our proposition to retailers is second to none”. That pretty much said it all I think. As I walked off the booth, Damian mentioned to me that Circle K is number one in the fuel card market, something else which I’m sure doesn’t simply happen without a great deal of hard work.

That was about all I had time for in Dublin, apart from the ten minutes I spent on the Bever Innovations stand, which surprisingly was one of the only exhibitors I recognised at this very enjoyable one day event. With over 300 very happy delegates, I must congratulate Bill Penton and his organising team led by Julie Ozturk for a very memorable day. It was just a pity I could not stay for dinner!