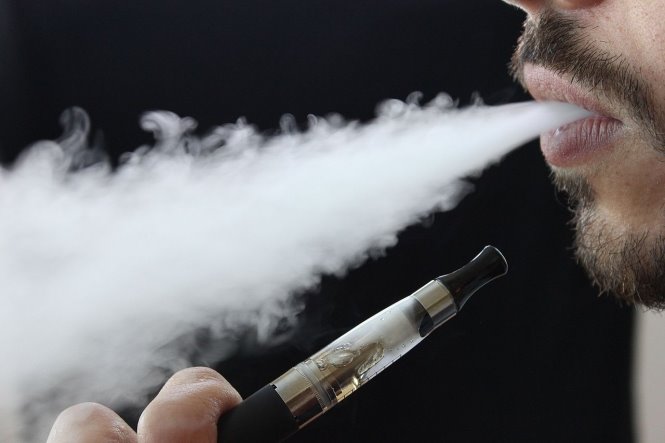 The U.S. Food and Drug Administration announced sweeping new restrictions on flavoured tobacco products, including electronic cigarettes popular among teenagers in an effort to prevent a new generation of nicotine addicts.

The much-anticipated announcement will mean that only tobacco, mint and menthol e-cigarette flavors can be sold at most traditional retail outlets such as convenience stores. Other fruity- or sweet-flavoured varieties can now only be sold at age-restricted stores or through online merchants that use age-verification checks.

The FDA also plans to seek a ban on menthol cigarettes, a longtime goal of public health advocates, as well as flavored cigars. FDA Commissioner Scott Gottlieb said the moves are meant to prevent young people from continuing to use e-cigarettes, potentially leading to traditional cigarette smoking. “I will not allow a generation of children to become addicted to nicotine through e-cigarettes,” Gottlieb said.

The agency has faced mounting pressure to act on e-cigarettes amid their surging popularity among U.S. teenagers in recent years. One of the most popular devices, made by San Francisco-based Juul Labs Inc, has become a phenomenon at U.S. high schools, where “Juuling” has become synonymous with vaping.

Juul, Logic, a unit of Japan Tobacco Inc, Altria, which makes e-cigarettes under the MarkTen brand, British American Tobacco Plc (BAT) and Imperial Brands Plc, the maker of blu e-cigarettes, all said they supported efforts to reduce youth access. Altria said it believes the devices have the potential to be “less harmful products that can deliver nicotine to adults who want them.”

Imperial said it was developing a technology that can lock the devices if an underage person tries to use it. BAT said that while “flavors play an important role in an adult smoker’s transition out of smoking, we understand the FDA’s concern that some flavors can play a role in increasing youth appeal.”

E-cigarettes have been a divisive topic in the public health community. Some focus on the potential benefit of shifting lifelong smokers to less harmful nicotine products, while others fear it will create a new generation addicted to nicotine.

Last year the FDA under Gottlieb extended until 2022 a deadline for many e-cigarette products to comply with new federal rules on marketing and public health. Today’s restrictions on flavors are interim measures that companies must follow before submitting detailed plans before the deadline. The new rules on e-cigarette flavors mean that many of the sweet and fruity varieties believed to be most popular among minors will only be available in stores such as vape shops or tobacco shops that do not allow under-age people inside.

Stores could also have a separate, age-restricted section that allows sale of other flavors, the FDA said. The agency cited survey data showing that mint and menthol flavors were more popular with adult e-cigarette users than teenagers. Anti-tobacco and public health groups commended the FDA on its proposed ban on menthol cigarettes, which data show are far more popular among young smokers and particularly young African-Americans.

Any move to ban menthol is expected to face fierce resistance from the tobacco industry. Menthol cigarettes represent more than 30 percent of U.S. cigarette volumes and approximately 55 percent of BAT’s U.S. volumes, through its Newport brand, according to a research note from AllianceBernstein earlier this week.

The FDA must go through a rulemaking process, which requires significant public comment before finalising any regulation on menthols. Imperial, BAT and Altria said the ban on menthols or flavoured cigars was not supported by science and evidence.