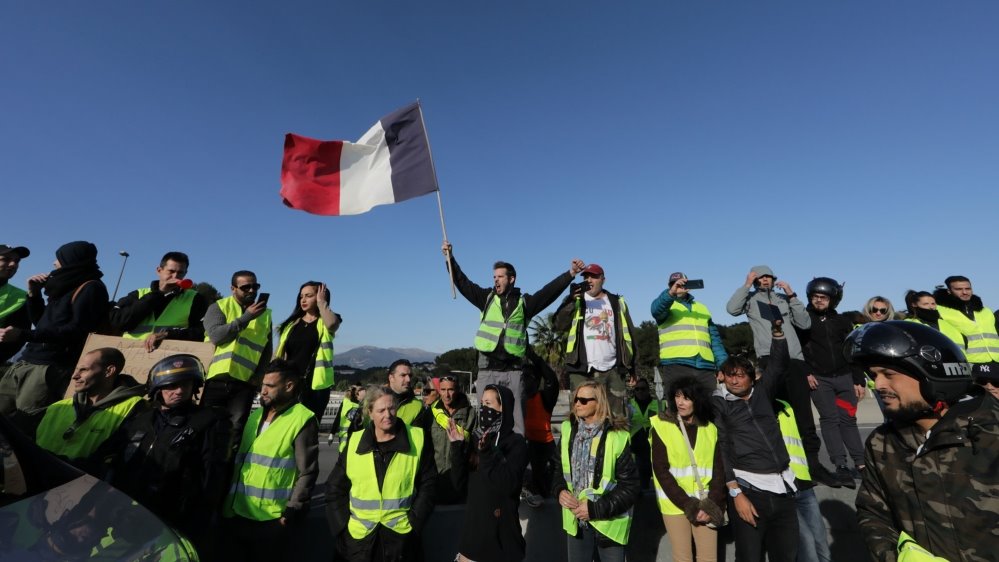 Tens of thousands of people across France have protested against high fuel prices, in mass rallies that turned violent when clashes erupted in parts of the country and a protester was accidentally run over and killed by a car.

An estimated 240,000 people gathered on Saturday at 2,000 locations, blocking roundabouts and motorway exits as part of what has been dubbed the "yellow vests" protest. The movement, named for the high-visibility jackets worn by protesters, erupted on social media last month with calls for mass blockades of roads and highways.

Protesters blame a 20-percent rise in diesel prices in the last year on the so-called "green taxes" under President Emmanuel Macron. At Pont-de-Beauvoisin, in southeast France, a woman trying to get her daughter to the doctor panicked when protesters surrounded her car and started banging on the roof. She accidentally struck and killed a woman in her 60s, the interior ministry said.

In Paris, protesters holding "Macron resign!" signs and singing the national anthem partially blocked the Champs Elysees in the heart of the French capital. Al Jazeera's Neave Barker, reporting from Paris, said violent clashes broke out between the police and protesters, during which the security forces used tear gas.

About 227 people were injured - seven seriously - and 117 detained, with 73 then taken into police custody. Among those injured was a police officer in the southern town of Grasse.

"The protesters were united in two things: the first was the symbol of their protest, the yellow vest they were wearing, and the second was that they were angry and frustrated at the president in the hike of petrol and diesel," Barker said. He added that the protesters were demanding that big businesses and industries should be the ones to bear the burden of the green taxes imposed by the government, and not ordinary drivers.