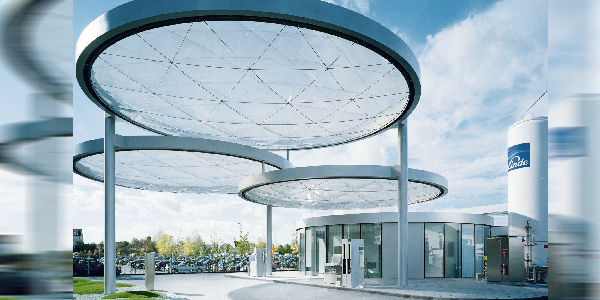 Linde is supplying a new so-called cyro pump to Californian H2 infrastructure operator True Zero. The technology will form the core of hydrogen fuel stations, and enable them to double their current capacity.

True Zero is a subsidiary of FirstElement Fuel and is currently operating 19 public hydrogen stations in California for light FCEVs. This makes up about half of the H2 stations in the state. A particularly high density of the stations is located in Los Angeles, while twelve additional stations are currently in development as well.

Linde is now adding their cryo pump 3.0/90 as a core element. In comparison with the earlier models of the technology, this pump has the added benefits of a higher capacity, as well as lower operating costs and a more compact construction setup.

Joel Ewanick, CEO of True Zero, says “Linde’s technology provides a significant increase of refueling station capacity, and with that we see a path to retailing hydrogen fuel at cost parity with gasoline.” The new technology will help pave the way towards more affordable hydrogen fueling models and particularly the possibility to fuel simultaneously will decrease waiting time significantly.

Werner Ponikwar, head of Hydrogen Mobility Solutions at Linde, speaks of California in the highest terms regarding hydrogen mobility. This is due to a number of factors, not least is the financial aid provided by the California Energy Commission. The Linde Group has set up more than 150 hydrogen fueling stations worldwide.