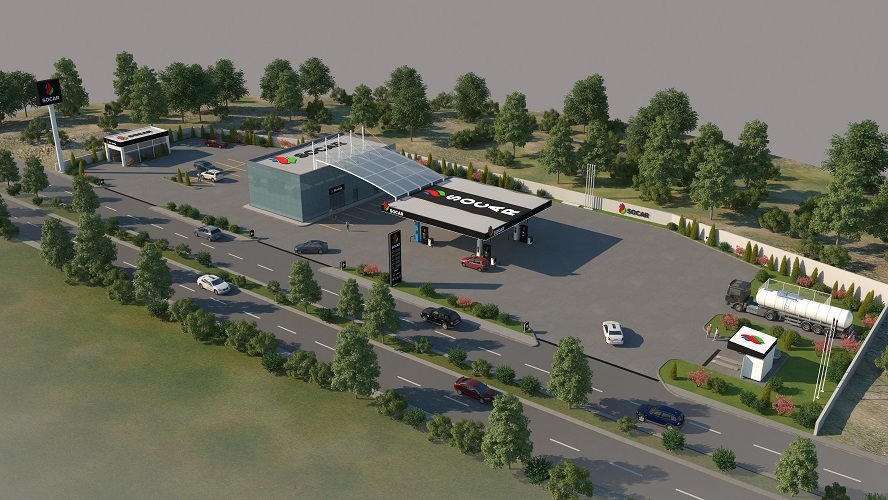 SOCAR, the largest foreign investor in Turkey, was awarded a contract for nine fuel stations at Istanbul Airport, which will be the world's largest airport after completion.

SOCAR Turkey was awarded a contract for nine fuel stations at Istanbul Airport. The first phase of the new transport hub was officially opened on 29 October. The nine new stations will serve a combination of service vehicles operating within the vast perimeter of the modern hub and the general public.

As an operator, SOCAR is immensely proud to be have been chosen as the preferred operator to meet consumers' fuel needs at the world's largest airport. After completion, the airport will be the world’s largest passenger airport with an estimated capacity reaching 200 million passengers a year.

Vagif Aliyev, Board Chairman of SOCAR Turkey, said that they will serve customers in Turkey directly for the first time. ''In 2008, we entered the Turkish market with the acquisition of Petkim and since then we have realized giant projects such as the STAR Refinery, TANAP, Petlim Container Terminal, Petkim Wind Power Station with a total investment of $14.2 billion.

The area covering all projects of SOCAR Turkey in Aliaga, Izmir has recently received the title of the first Private Industrial Zone in Turkey. Fraternal Turkey is an important country for us. I am very pleased to announce that we were awarded a contract on operating the fuel stations at the world's largest airport, which is a strategic and important step for us to be recognised both for our brand and for direct communication with consumers.

Our company always evaluates opportunities in the sector and closely monitors the market. Hence we don’t exclude the possibility of investing more in this sector in the years to come.'' Five of the stations are located on the apron, one in cargo and two in parking areas. The other one will serve the taxi service. Starting from December 31, 2018, nine stations will operate in an area of 16 280 square meters.

SOCAR Turkey’s stations in the airport’s apron zone will supply more than 4.000 vehicles of THY-TGS-Çelebi-AWA-IGA. The station located in the 5,000-square-meter cargo area with customs warehouses and offices, agency buildings and logistics facilities will serve over 1000 vehicles of cargo companies, as well as the airport passengers and the general public.

The parking area stations will fuel approximately 1,200 rental cars a day serving more than 30 car rental companies. It is estimated 10,000 vehicles will use the services of SOCAR fuel stations daily.