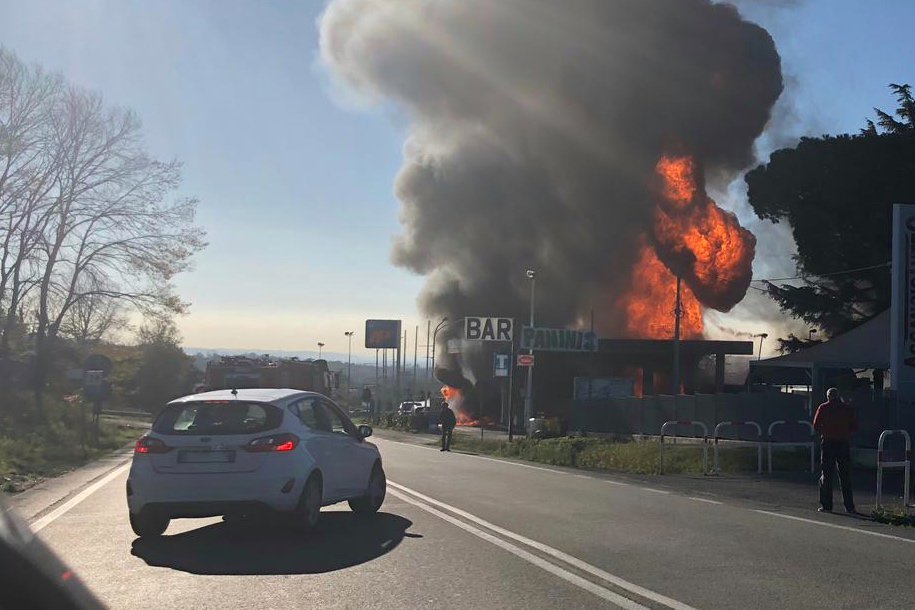 Part of the SS4 state highway was closed as authorities declared a "red zone" around the scene of the accident, which took place near Borgo Quinzio in the province of Rieti, around 40 kilometres north-east of Rome.

A firefighter and one other person were reported dead after a fuel tanker exploded at around 2 pm. According to Rai News, fire crews were responding to a fire that broke out at the petrol station following an earlier, smaller explosion when the flames caught a tanker that had arrived to restock the pumps.

Witnesses described the blast as "like an earthquake". The second victim was reportedly found away from the petrol station, in a car on a road parallel to the highway. The Italian Fire Service confirmed the death of one of its firefighters, commenting "endless pain". According to La Repubblica, the fireman killed was off duty at the time but had stopped to offer help.

Reports said that as many as 17 people were taken to hospital suffering from burns and shock, including three in serious condition. They were flown out by helicopter as traffic piled up along the SS4, also known as by its Roman name the Via Salaria. The highway, which runs between Rome and the Adriatic coast, was closed in both directions between kilometres 38 to 41.5, causing long queues.

"The whole area has been declared a red zone and remains off limits for now," said Davide Basilicata, mayor of the surrounding municipality of Fara Sabina. Hours after the explosion, images from the scene showed burned-out vehicles surrounding the blackened petrol station. Both of Italy's deputy prime ministers, Luigi Di Maio of the Five Star Movement and Matteo Salvini of the League, offered their condolences to the victims' families.