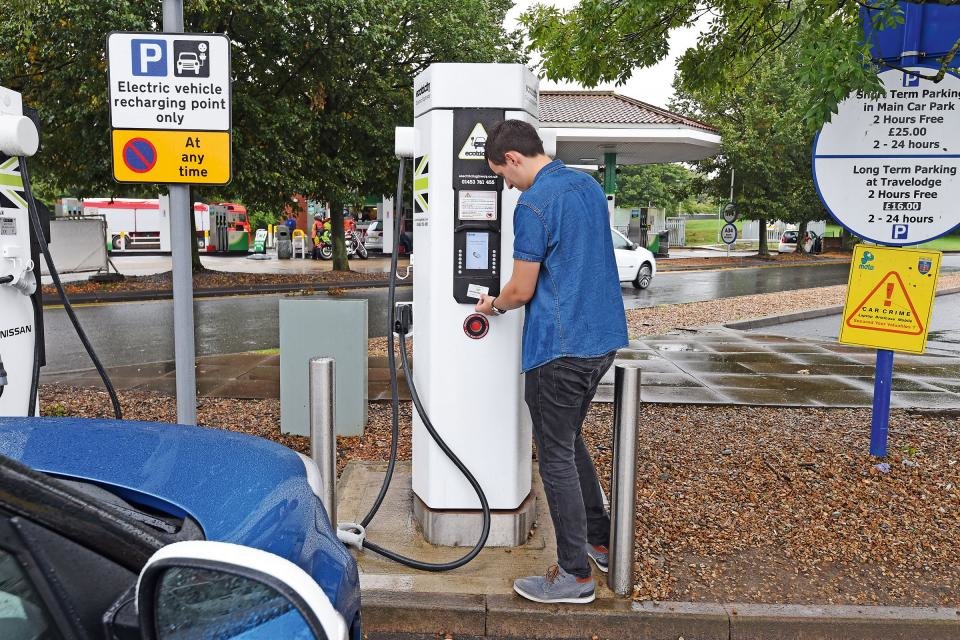 Plug-in hybrid vehicles (PHEVs) should be banned from using electric vehicle (EV) charging bays, freeing them up for use by ‘pure’ EVs, according to a new report.

Most PHEVs on sale today are limited in the charge rate they can accept to around 3.7kW, yet the fastest rapid chargers deliver at least 50kW, a rate accepted by most pure EVs. That means it generally takes around five minutes for an EV to receive 15 miles worth of charge, while a PHEV would take an hour to receive the same range.

EV charging infrastructure expert Harold Dermott argues that – until PHEVs “have both a greater electric-only range and can accept electricity at faster rate” – they should be banned from using charging bays at motorway services areas.

Writing in a report for the RAC Foundation entitled Development of the UK Public Chargepoint Network, Dermott expresses concern that if PHEVs continue to block EVs from using rapid charging bays, the charge points will “never be available for their essential purpose of charging BEVs [battery electric vehicles]” and the income of network operators will “collapse”.

The study also notes there has been an improvement in the reliability of public charge points – with a reduction in out of service units from 14.8 per cent to 8.3 per cent – but says this is still too high a proportion. In addition, two types of recharging behaviour are identified in Dermott’s report – journey charging, where the primary purpose of being at the charge point is to “fill up with electricity” – and destination charging, where recharging is secondary to other activities, such as shopping, visiting a leisure centre or parking at a railway station.

The report calls for charge point locations – especially larger hubs – to offer the same services and facilities one would expect at a typical fuel station, such as protection from the weather, food and drink, toilets and lighting. RAC Foundation director Steve Gooding warned that if cars can only be recharged at a limited rate, then installing “ever-faster and more powerful” charge points will “waste money”, adding that it’s “key” for cars and chargers to be compatible.

Gooding emphasised the “fundamental” need for all parties involved in the industry to communicate with each other, as “policy, technology and the market are almost falling over themselves”.