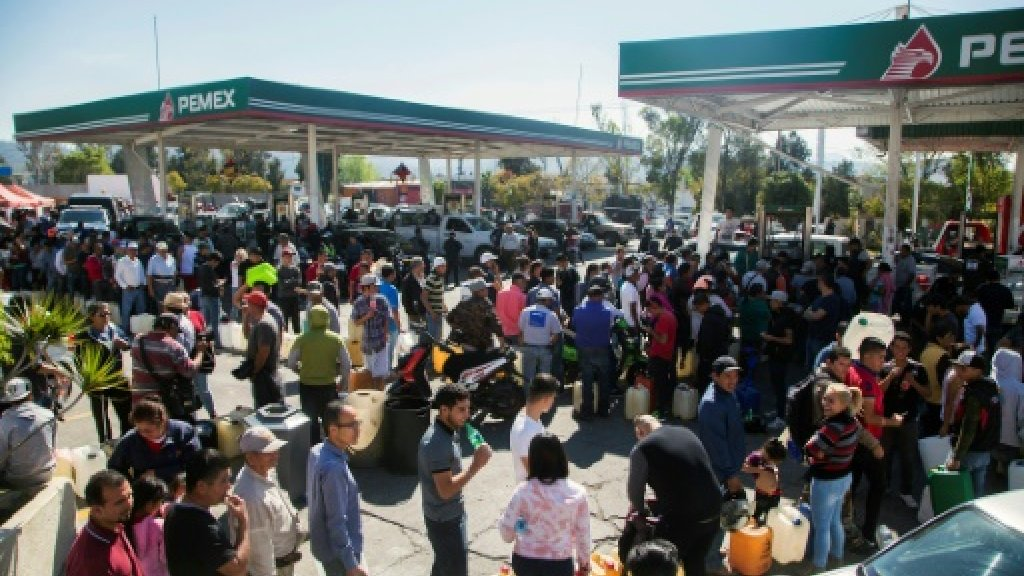 Army general Eduardo Leon Trauwitz, the man who was charged with fighting the large-scale tapping of Pemex's pipelines by Mexican gangs, is under investigation for involvement in the multi-billion-dollar criminal industry he was supposed to fight.

"He's on a list of people who are being investigated in relation to this, although there is nothing definitive yet," Lopez Obrador told a press conference.

Fuel-theft gangs have turned illegal taps of Pemex's oil and gas pipelines into a massive black-market industry that cost the country an estimated $3 billion last year -- a problem Lopez Obrador has vowed to fight head-on.

However, his crackdown sparked a backlash this week as tighter controls on fuel deliveries led to shortages at service stations and stoked widespread anger among consumers.
Long lines have formed in Mexico City and several central states as gas stations have closed or limited customers to purchases of 10 liters (about two and a half gallons) because of short supplies.

Lopez Obrador, an anti-establishment leftist who took office last month, says the shortages happened because his government ordered Pemex's pipelines closed in a bid to crack down on illegal taps, known in Mexico as "huachicol," or moonshining.

Pemex has instead been shipping fuel in tanker trucks, which is much slower than pipelines.
The government has meanwhile deployed the military to escort fuel shipments and guard Pemex production facilities, inspecting workers as they enter and exit.

"We are going to restore the supply to normal and at the same time guarantee that no one is stealing fuel," Lopez Obrador vowed.

Trauwitz was Pemex security chief under former president Enrique Pena Nieto (2012-2018), whom he had previously served as a bodyguard.