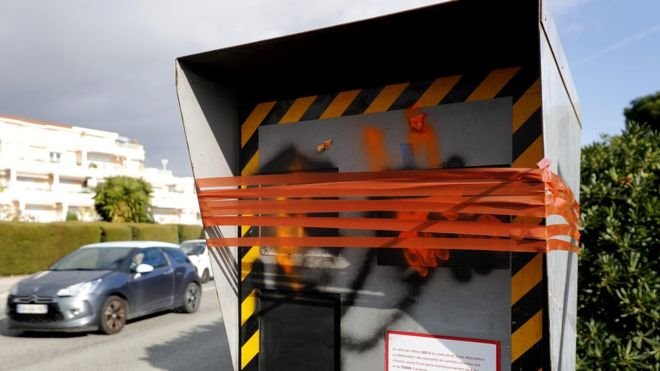 The Yellow Vest protests, which started as a reaction to fuel tax hikes and evolved into a protest against French President Emmanuel Macron, have continued despite the government’s call for them to halt.

Demonstrators held protests blocking roads and traffic and also blocked the entrances to many gas stations and factories across the country. Protesters are revolting against the government lowering speed limits last year to 50 mph on many main roads, which they say was done to generate money, leeching on the poor

The protesters, who generally live in rural areas due to high rents in the cities, called on Macron to cut fuel taxes and ease their economic difficulties

Under pressure from the protests, Macron announced a rise in the minimum wage and scuttled the fuel tax hikes. At least 10 people have died and more than a thousand others have been injured in the protests.