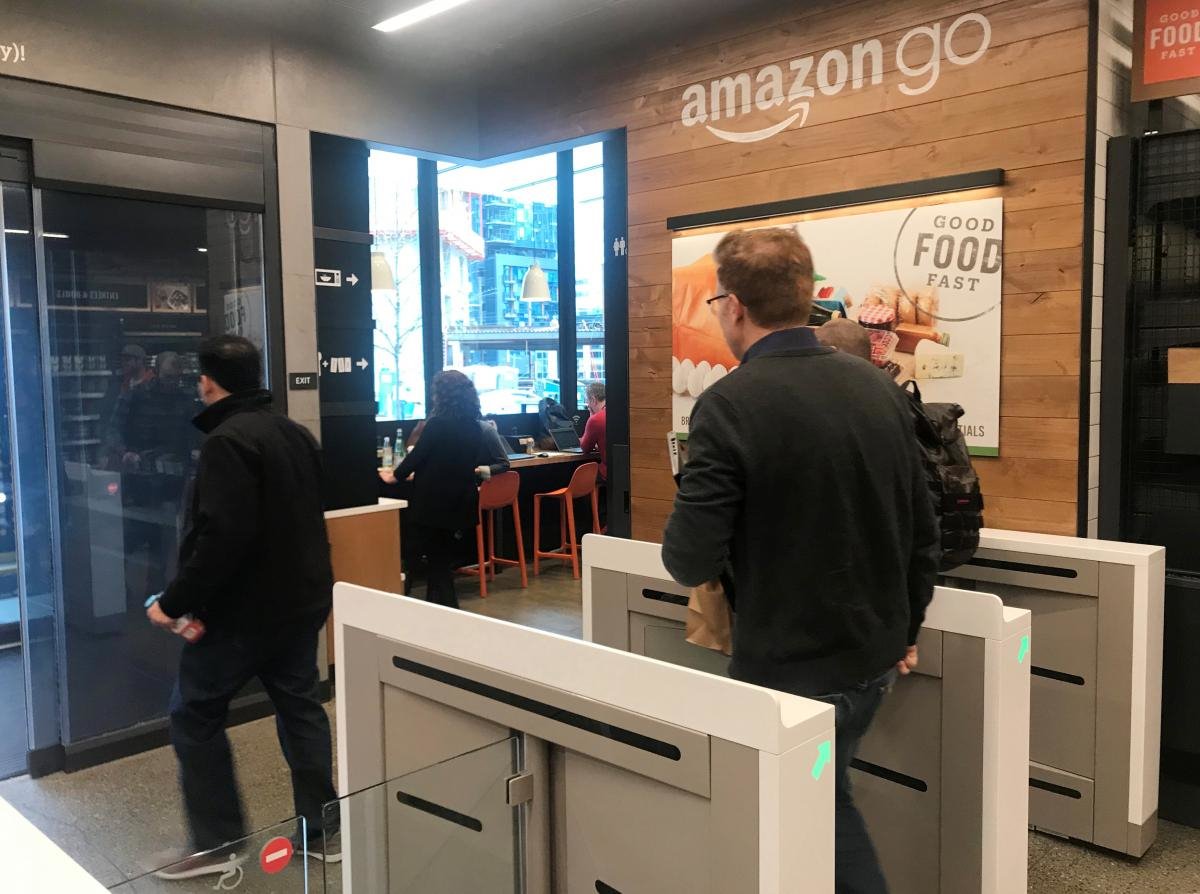 Amazon's cashierless Go stores are set to bring in $1.5 million each per year, according to estimates from RBC Capital Markets analysts cited by Recode.

This is based on estimates that the average order size at a Go store is $10 and the average number of store visits a day is 550. And while there are currently only nine Go stores open, Amazon is reportedly interested in having 3,000 by 2021, which would propel the cashierless stores' sales to approximately $4.5 billion based on these estimates.

Go stores are estimated to drive higher revenue than traditional convenience stores, making their potential expansion worrisome for brick-and-mortar players in the industry. Standard convenience stores were estimated by RBC to bring in $1.03 million each year, excluding fuel and tobacco sales.

This is notably less than the $1.5 million for each Go store, and Amazon's stores also performed better on a revenue-per-square-foot basis, coming in at $853 as opposed to $570. Although Go stores require a significantly greater investment because of their technology, which enables consumers to grab what they want and leave without physically checking out, this large difference in estimates can make up for the expense over time.

This will be especially true if consumers prefer the frictionless shopping experience at Amazon Go and choose to shop there instead of at competitors as Amazon expands. Amazon Go stores are already proving popular and winning return visits, suggesting that they'll be able to win shoppers as they expand.

Almost half of Amazon Go shoppers made multiple visits to one of five Amazon Go locations during the 60 days ended October 22, 2018, according to a report from InMarket. This suggests that many shoppers who try the experience like it enough to shop at a store again, helping Amazon Go win market share in the convenience store industry.

Amazon is testing several ideas with its Go stores, and it's unclear what direction it wants to take the store concept, making it a looming threat to many. Currently, some Go stores sell grocery essentials while others focus on prepared foods, but both types of stores offer different value to consumers and compete with varying retailers.

Amazon is also testing the technology for bigger stores, opened a tiny, 450-square-foot location, and is reportedly interested in opening Go stores in airports. These efforts would put Amazon in competition with a number of different companies since it'd be focusing on various offerings with each format.

The company is sure to disrupt whichever industries it targets, and in the event that it opens stores in all of these areas, it'll be making a brick-and-mortar push that should have all types of retailers on high alert.