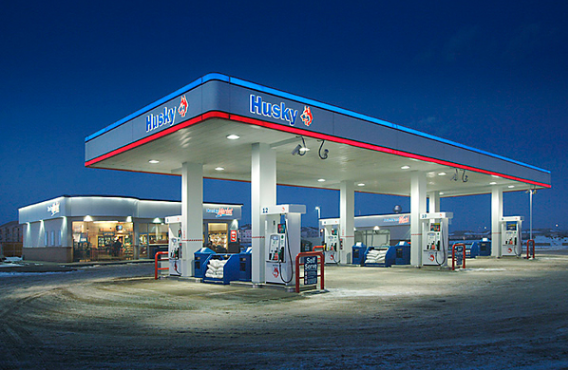 Husky Energy Inc. says it is looking at getting out of retailing fuels to consumers after 80 years in the business. The Calgary-based oilsands producer says it is launching a strategic review that could result in it selling its Canadian retail and commercial fuels business and its small Prince George, B.C., refinery.

It says it prefers to focus on its integrated corridor of upstream and downstream assets in Alberta, Saskatchewan and the U.S. Midwest as well as offshore businesses in Atlantic Canada and the Asia Pacific region, adding the decision is not related to its offer that expires next week to buy oilsands rival MEG Energy Corp.

The 12,000-barrel-per-day refinery in Prince George processes light oil into gasoline, diesel and other products for nearby regions of B.C. It owns two refineries and is half-owner of a third in the United States.

CIBC analyst Jon Morrison said Tuesday that the expected value of these assets is about $835 million. “We believe the retail network naturally has a couple strategic buyers that should be interested, while the refinery has a smaller list of potential purchasers given the scale, size and location of the facility,” he said in an email.