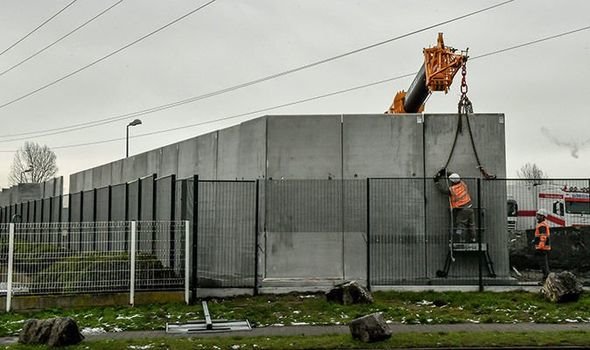 The concrete wall is being erected around a Total petrol station on the local prefecture’s initiative, and will replace an existing anti-intrusion fence that has been vandalised on “several occasions,”

The Total petrol station had become a major hub for migrant trafficking because of its proximity to the port, and because drivers use it as a rest point and to refuel before heading to the UK.

“Our sole objective is to secure the petrol station’s perimeter to ensure the protection of our clients, employees, and all the people who pass through this spot,” the spokesperson added.

The Total station has become a “hot spot for smugglers, and there have been many intrusion attempts,” local prefect Fabien Sudry said, adding that some drivers had been attacked when trying to stop people from clambering inside their lorries. 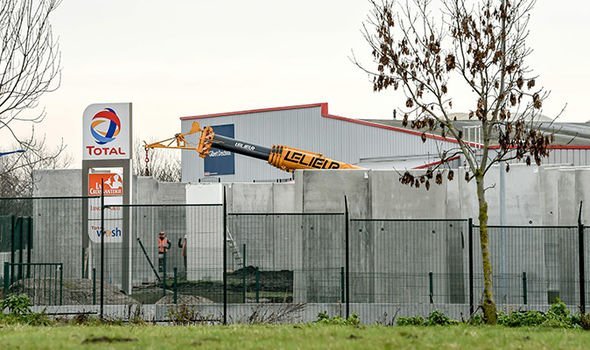 The Calais region has long been a magnet for migrants hoping to try their luck at slipping into Britain, a country which, unlike other EU states such as France, has no identity cards, making it easier for the paperless to blend in and find work. But this is not the first ‘anti-migrant’ wall in Calais.

In late 2016, British authorities funded a four-meter (13 ft) high, £2.3million wall along the approach road to the port to try to stop migrants from jumping into lorries bound for Britain. The wall, made of smooth concrete to make it harder to scale, was lined with plants and vegetation to minimise the visual impact.

At the height of the migrant crisis in 2015, more than 7,000 people were sleeping rough on the city’s streets or in decrepit shanty towns with the hope of reaching Britain. But after the infamous ‘Jungle’ tent camp was razed to the ground by the French government in October 2016, Calais’ migrant population started to dwindle.

Between 350 and 400 asylum hopefuls are currently in Calais, according to the prefecture. But despite simmering Brexit tensions and the prospect of a no-deal looming large, France and Britain remain united in the fight against illegal immigration, signing a new deal to combat Channel crossings by migrants.