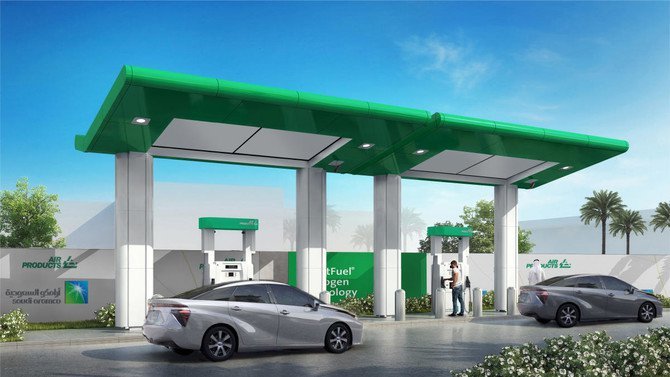 It follows the signing of a deal with New York-listed Air Products to establish a pilot fleet of fuel cell vehicles for which high-purity compressed hydrogen will be dispensed at the new fueling station.

The hydrogen refueling station, the first in the Kingdom, is expected to be operational in the second quarter of 2019, Aramco said in a statement. “Hydrogen fuel cells offer an effective means for the electrification of transport while maintaining easy, 5 minute refueling and long driving ranges,” said Aramco Chief Technology Officer Ahmad O. Al Khowaiter.

“The use of hydrogen derived from oil or gas to power fuel cell electric vehicles represents an exciting opportunity to expand the use of oil in clean transport,” he added.

The hydrogen refueling station will be located within the grounds of Air Products world-class Technology Center in the Dhahran Techno Valley Science Park. Toyota Motor Corporation will supply Toyota Mirai Fuel Cell Vehicles for testing in this pilot project. Toyota has been investing in hydrogen for over 20 years and in 2014 introduced the Mirai, its first mass-produced hydrogen fuel cell vehicle.