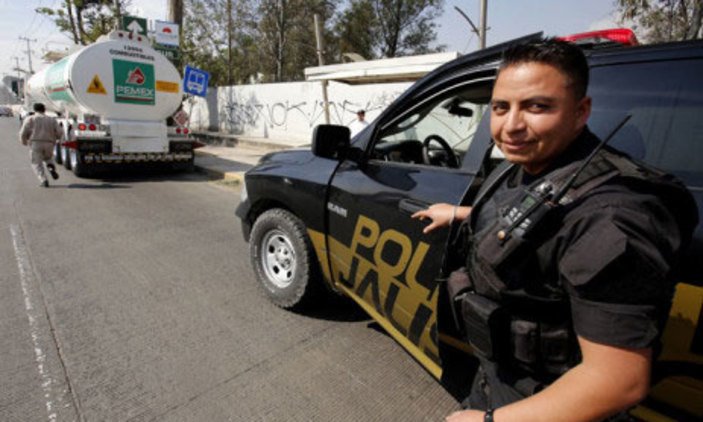 On January 18, the fuel-line in Hidalgo state, Mexico, was deliberately punctured,attracting hundreds of people looking to gather cheap gasoline before it exploded killing 125.

Another 22 people remain in hospital, many of them with burns covering at least 80 percent of their bodies, the social security office IMSS reported.

The disaster occurred as the government wages a huge effort to clamp down on fuel theft, which costs Mexico an estimated three billion dollars in 2017. The picture above shows a Jalisco State police officer escorting fuel truck on its way to a Pemex gas station.

So-called "huachicol" -- as the stolen fuel is known in Mexico -- costs about half of market price.