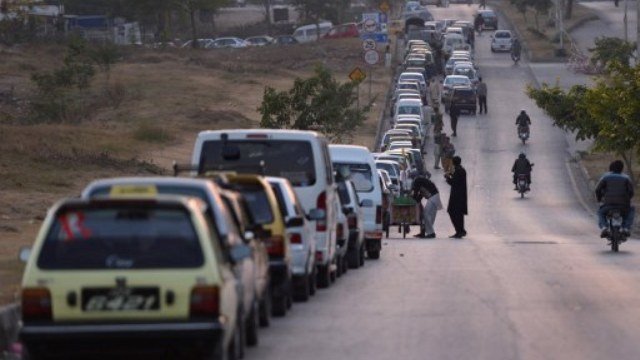 Reports quoted SSGC spokesperson as saying that gas supply to CNG stations and industries was suspended due to the shortage of gas in the system. The decision has been taken because of the delay in the arrival of Liquified Natural Gas (LNG) cargo from Qatar,” the spokesperson said, adding that the supply would be resumed as soon as the situation turned better.

However, he further said, the cargo was not likely to arrive anytime soon because of bad weather conditions. It was reported that SSGC has also suspended the gas supply to all CNG stations in Islamabad for an indefinite period.