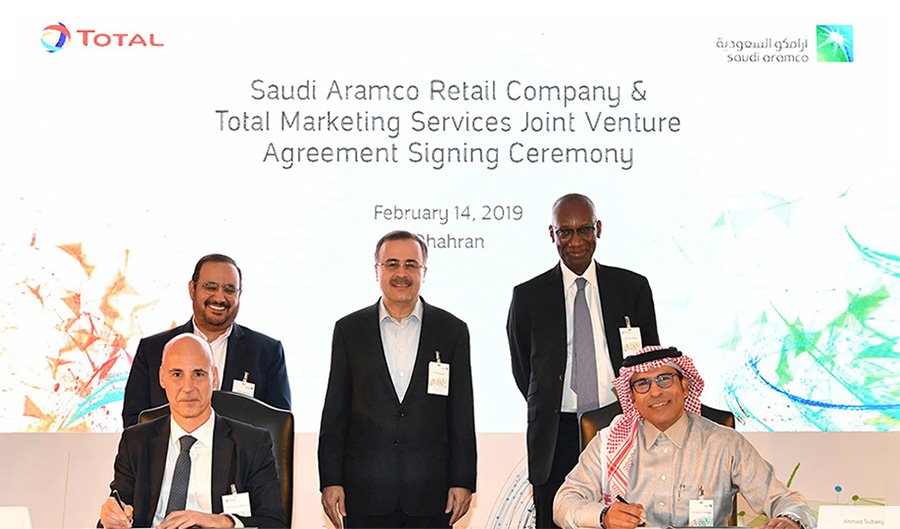 Saudi Aramco and Total today signed an agreement to develop a network of retail fuel service stations in Saudi Arabia, it has been announced.

The two major players in the petroleum industry signed a joint venture agreement on Thursday that will see an investment of around $1 billion in Saudi Arabia.

“The 50:50 JV plans to invest around $1 billion over the next six years in Saudi fuel retail market and start providing motorists with premium fuel and retail services in Saudi Arabia,” a statement reads.

“Total is proud to be the first international oil major to invest in Saudi Arabia’s fuel retail network. This joint venture agreement is in line with our global strategy to expand in fast-growing markets worldwide,” said Momar Nguer, president for marketing and services and executive committee member at Total.