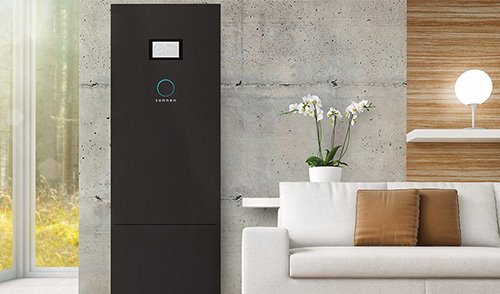 Shell has agreed to buy 100 per cent of Sonnen, a German rival to Tesla and Samsung in providing homeowners with lithium-ion battery packs powered by solar energy.

Sonnen, founded in 2010, has grown to become Europe’s largest maker of rechargeable energy storage packs. It has installed more than 40,000 battery packs produced in its three factories in Germany, Australia and the US.

The German start-up previously received funding from GE Ventures, Envision Energy of China and Munich Venture Partners. Shell first invested in Sonnen in May 2018 as part of its ‘New Energies’ project, which since 2016 has focused on the shift into alternative fuels for transport and power, including generating electricity, buying and selling it, and supplying it to customers.

“Sonnen is one of the global leaders in smart, distributed energy storage systems and has a track record of customer-focused innovation. Full ownership of Sonnen will allow us to offer more choice to customers seeking reliable, affordable and cleaner energy,” said Mark Gainsborough, head of new New Energies at Shell.

Energy majors are preparing for a global shift towards cleaner fuels, forcing some of the biggest companies to reimagine their businesses. European majors such as Shell, Total and Repsol have been making deals along the electricity supply chain — from power generation to vehicle charging and entering the world of household energy supply.

Shell sees a future not only in gas for electricity generation but also in using the fuel as a back-up for renewable power. Last year the company acquired UK power supplier First Utility giving it direct access to retail electricity consumers for the first time, and New Motion, one of Europe’s largest electric vehicle charging companies.

It said the deal sits well within its $2bn New Energies budget. The company plans to allocate 80 per cent of these funds into the power sector in the period to 2020. Still, this is a small proportion of its $25bn annual capital expenditure budget and Shell like its peers is grappling with how to deliver revenues from these new ventures that match those from its legacy oil and gas exploration and production businesses.

When Sonnen was launched, it sold battery power packs for €25,000 a unit. By 2017, the cost had plummeted to €5,000. The start-up was founded by Christoph Ostermann, 48, a serial entrepreneur who has founded five companies since dropping out of high school.

On Friday he described Shell as “the perfect partner” to help Sonnen expand into new markets. “Shell will help drive the growth of Sonnen to a new level and help speed up the transformation of the energy system,” he said. Where Sonnen differs from Tesla and Samsung is through its various services.

In 2015 it launched the “sonnenCommunity,” a virtual network to allow users — for a €20 monthly fee — to buy and sell excess energy to other members at reduced costs. If the community does not use the power generated, Sonnen sells it back to the grid.

Another offering, sonnenFlat, eliminated monthly fees altogether by turning homeowners’ batteries into a decentralised “virtual power plant,” taking in excess energy when needed, discharging it at other times, thereby performing a service to mitigate fluctuations in the power supply. Shell and Sonnen said that the two companies will work together on “integrated energy services and electric vehicle charging solutions,” in addition to expanding Sonnen’s grid services.