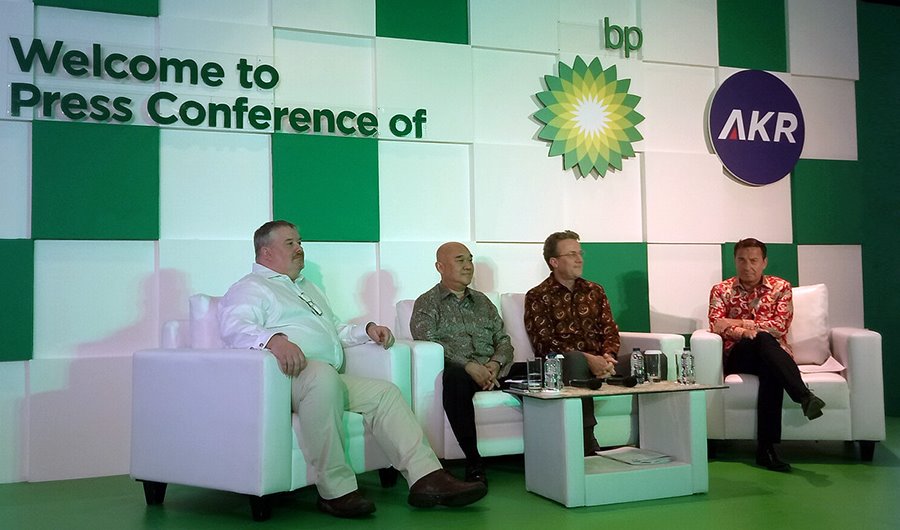 Publicly listed fuel trader PT AKR Corporindo and BP have already opened four fuel stations in Indonesia under a joint venture established by the companies. By 2028, they hope to raise the number of stations to 350.

The joint venture, operating under the name BP-AKR Fuels Retail or PT Aneka Petroindo Raya, opened its first fuel station in South Tangerang, Banten, in November 2018. The other three stations are located on the outskirts of Jakarta in Jababeka, Bekasi; Bintaro, South Jakarta; and Cibubur, East Jakarta. Another station will be opened in Surabaya.

BP-AKR Fuels Retail president director Peter Molloy pinned hopes on the growing size of the middle class. “We know that the Indonesian middle class will grow to double in the next decades. This is our chance. We collaborate with our high-quality fuel and services from local companies,” he said.

At the stations, the company offers three grades of gasoline – BP90, BP92 and BP95 – as well as diesel that uses BP’s ACTIVE technology formula. Peter said the company hoped to have another 20 service stations by year-end and open 35 stations each year until 2029.

Regarding the financial resources for the plan, BP downstream vice president of new markets Neale Smither said the company used both internal funding from parent companies and external funding. “If the project is expanding, we will find the most efficient type of financing,” he said.

The fuel supply for BP-AKR fuel retail stations will be sourced from the international market, he said, without going into detail on the exact sources.