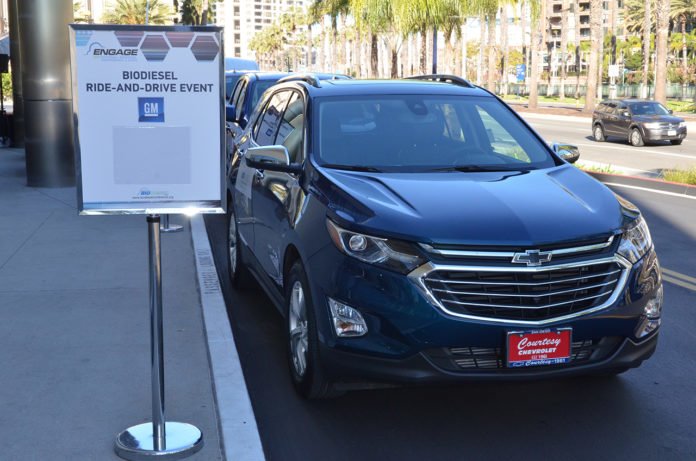 Why has one of the nation’s leading c-store companies embraced biodiesel? “For us, absolutely the economics are first and foremost,” Nathaniel Doddridge, director, fuels at Casey’s, said during a panel discussion at the National Biodiesel Conference & Expo in January.

But it’s about more than profits, he added. Casey’s saw biodiesel grow over the years to become a “premium” fuel that could help offset some of the decline in quality of petroleum diesel. Also, many of Casey’s stores are in small towns, and the company wants to support the farmers in those areas who are supplying the feedstocks used to create biodiesel.

The growing adoption of biodiesel among retailers and end users was one of the dominant themes of the National Biodiesel Conference. Consider that in that same panel discussion, Andrew Richard, CEO of Sapp Bros., Inc., also called biodiesel a premium product and said his company has increasingly found fleet managers to be advocates for the renewable fuel because of the performance benefits it can bring with its higher Cetane number and lubricity compared with petroleum diesel.

Sapp Bros has travel centres from Pennsylvania to Utah, plus a fuel wholesale business. Biodiesel, Richard said, makes good financial sense for Sapp Bros. and helps differentiate them from the competition. Another theme from the conference was that despite all the talk of other alternative fuel choices, liquid biofuels like biodiesel and renewable diesel are going to continue to be a leading cleaner fuel option for fleets.

A major reason for that is diesel engines still dominate the medium- and heavy-duty truck market. That’s even the case in the state with the most progressive clean air laws in the nation: California.

“I just don’t see electrification supplanting biofuels anytime in the near future,” said Floyd Vergara, chief of the Industrial Strategies Division at the California Air Resources Board, which oversees the state’s clean air laws. “They will continue to play a significant role in California.”

It’s not just larger trucks that are on board with biodiesel. OEMs continue to support biodiesel blends in diesel equipment of all types. John Deere, Isuzu Commercial Truck of America and Ford all had representatives speaking at sessions about their companies’ support for biodiesel blends in diesel equipment from John Deere Gators and mowers to Isuzu trucks to Ford’s best-selling F-150.

It was also noted that Cummins, which is celebrating its 100th anniversary this year, allows B20 in all of its diesel engines, meaning the fuel is 20% biodiesel and 80% petroleum diesel. These are vehicles that are going to be filling up at your stations.

Given the potential economic benefits for you, the performance benefits for your customers and the environmental benefits for everyone involved, I’d love it if a year from now some of you had taken the same route as Casey’s. If you’d like any help getting there, please don’t hesitate to get in touch with me.