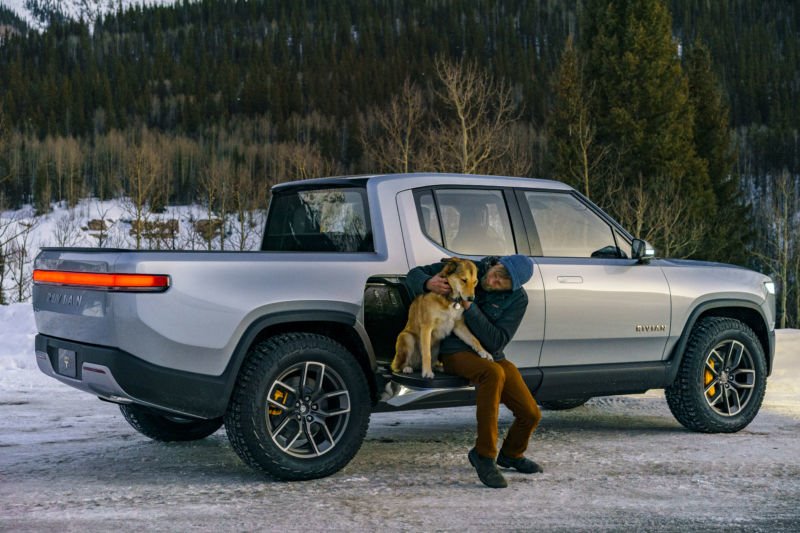 Electric truck startup Rivian announced a $700 million funding round led by Amazon. The announcement is notable not just for the size of the investment but also due to Amazon's involvement.

The e-commerce giant has made a variety of investments in mobility, and electric trucks and SUVs like the kind Rivian debuted at the Los Angeles Auto Show in November could help the company further its ambitions in that regard. Rivian's R1T pickup and R1S SUV made a splash at their announcement. The startup is seen as a potential competitor to Tesla, which has promised to develop an all-electric pickup truck in the future.

Rivian's trucks are expected to be pricy: the startup is taking pre-orders, and it said in November that, when the R1T and R1S go on sale in late 2020, they'll start at $61,500, and $65,000 after the $7,500 IRS tax credit. (Rivian has sold no trucks to date, so vehicles from that company would still be eligible for the full electric vehicle tax credit. The full tax credit begins to phase out after a company has sold more than 200,000 electric vehicles.)

Part of the attention that Rivian has attracted comes from the extraordinary range that its truck and SUV are said to have. The most expensive version of those vehicles is claimed to have a 400-mile range. Reuters reported that Amazon and General Motors were both expected to invest in Rivian, "in a deal that would value the US electric pickup truck manufacturer at between $1 billion and $2 billion."

According to Bloomberg, Rivian remains in talks with GM, but with the $700 million funding round, the Michigan-based startup has now raised $1.15 billion. GM appears to want to either invest or collaborate in some other way with Rivian. Rivian's CEO R.J. Scaringe said the company "will bring on additional partners, but less because of capital reasons and more because of a need to have strategic relationships as we scale towards our broader vision," per Bloomberg.