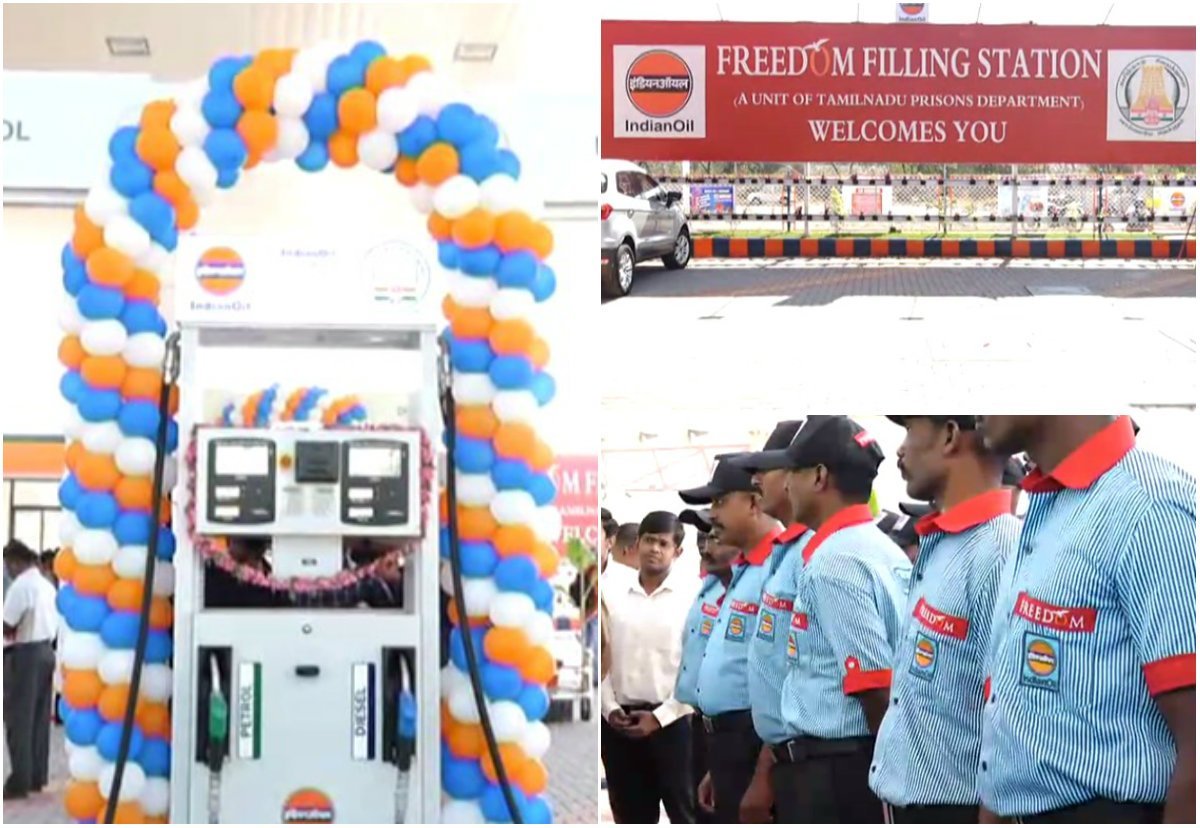 In a unique initiative to boost the reformation aspect of convicts, around 35 prisoners have started working at a petrol pump 'Freedom Filling Station' run by Indian Oil Corporation in Tamil Nadu's Coimbatore.

The fuel station operated by prison inmates has commenced operations on Saturday.Chief Minister Edapadi K Palaniswami had inaugurated the station via video conference on Friday.Speaking to ANI, DIG Central Prison Coimbatore A Nambi said, "Around 35 prisoners who had gone through a training process imparted by Indian Oil to operate three pumps at the station are now employed here.

They were also given training on fire safety." "Those who are employed here were selected on the basis of their good conduct and qualification. The employees will get a monthly salary of around Rs 10,000," he added.

Last year in May, the Tamil Nadu government decided to come up with the idea of starting petrol pumps operated by prison inmates on the outer periphery of central jails. In joint cooperation with the IOC, the government gave nod to start petrol pumps at Vellore, Coimbatore, Puzhal, Palayamkottai, Central Prison- I Pudukottai and Borstal School.

The government also sanctioned construction of prison bazaars within the premises of petrol pumps where the prison inmates sell bed sheets, purses, towels and bakery items