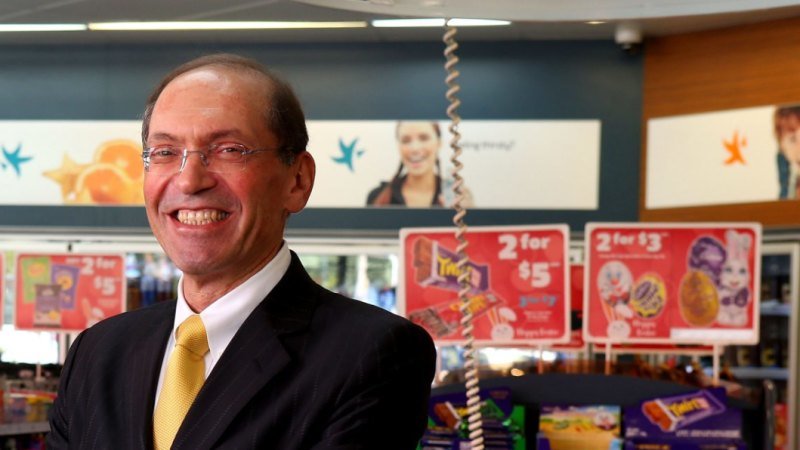 Caltex Australia has batted away criticism from analysts and shareholders that its strategy to take back control of its franchised stores and boost retail and convenience earnings is "going backwards".

The sharp criticism of the company's retail strategy execution came despite the group on Wednesday announcing a $260 million share buyback as it beat its profit guidance and declared it was on track to return more than 400 franchised stores to company ownership by 2020.

The fuel supplier and retailer said the fully franked off-market share buyback, at a price to be determined by a tender process, was expected to be completed in the second quarter of 2019.
Caltex’s forecast retail performance came under fire from Bank of America Merril Lynch retail analyst David Errington, who asked why the group’s convenience business was going backwards.

He also queried why the executive general manager of the business, Richard Pearson, was leaving after only a year in the role. Mr Pearson will be replaced by Joanne Taylor, whose background is in human resources. Caltex chief executive Julian Segal (pictured above) described various changes to the senior leadership team as "fine tuning", while Mr Errington called it a major restructure.

Mr Errington also disputed comments by outgoing Caltex chief financial officer Simon Hepworth, who will retire later this year, that the company remained on track. “I can't see how you're getting uplift when you're going backwards by $35 million a year. None of you guys will be around to be accountable for it,” Mr Errington said.

Mr Hepworth rejected this saying: "The underlying business is still on track to deliver growth in 2019 and then ultimately over the next three to four years." A Caltex spokesman added the profit from convenience retail of $307 million was above the guidance range of $295-305 million but was 8 per cent lower than the prior year. "We are less than two years into the execution of our retail strategy," he said. Contact Asset Management portfolio manager Tom Millner, who manages shareholder BKI Investments, said Mr Errington's comments had some merit.

"Everyone is fed up with the speed it is being delivered," he said. "But the retail performance is a reflection of the wider global retail markets, it's pretty hard right now." However, he added that the company's capital expenditure had been otherwise well managed, and the results were positive, apart from lower refining margins.

Caltex spent about $20 million in 2018 bringing 182 franchised petrol stations back into the fold under its previously announced plan to exit the franchise industry. It had 516 Caltex-controlled service stations at December 31. It expects to spend between $20 million and $35 million annually to buy back control of the remaining petrol stations.