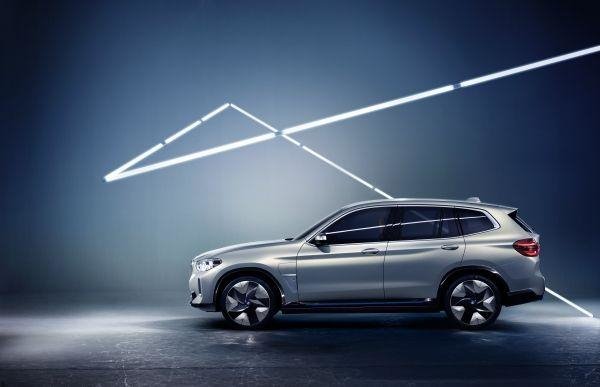 Verband Der Automobilindustrie, known to English speakers as the German Automobile Association, says the country’s automakers as a group will invest $68 billion in electric and autonomous vehicle development over the next three years and will have more than 100 models of electrified cars in showrooms by 2023.

In a statement to the press in Geneva prior to the opening of this year’s auto show, VDA president Bernhard Mattes said, “We will invest over 40 billion euros in electric mobility during the next three years, and another 18 billion euros will be invested in digitization and connected and automated driving.

The ramp-up of electric mobility is coming in Europe. Without it, the EU’s CO2 targets cannot be achieved by 2030,” he added. According to Reuters, he also called for “appropriate regulatory conditions” across Europe.

Mattes pointed out it will be impossible for German car manufacturers to meet the 2030 carbon emissions standards imposed by the European Union unless they significantly increase the amount of electric cars in their product mix. It is unlikely any car with only a gasoline or diesel engine will be able to comply with those regulations without some form of assistance from a battery and electric motor.

More electric cars will require more EV charging stations, he added, and called for a massive expansion of the charging infrastructure in Europe. An increase in government-sponsored EV incentives would help as well.

Overall, the VDA expects domestic car production to fall significantly this year, partly as a result of a slowing economy, according to a report in Deutshe Welle. Total production for 2019 is now expected to be around 4.8 million, a 5% drop from last year. The auto industry in Germany employs more than 830,000 people at the present time and the VDA expects that number to remain stable even as total production declines.

VDA expects exports to the US will continue steady, although the Trump maladministration has threatened to impose punishing tariffs on German-made cars because Dumb Donnie sees too many Mercedes sedans when he steps out of his office in New York City. Barring any hostile action from Trump, some of those electric cars from Germany may actually find their way across the Atlantic to customers in America.