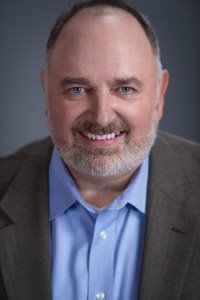 If you’re a petroleum marketer who has decided E15 is a bad fuel that costs too much to add to a station’s fuel slate, and consumers don’t want to buy it anyway (although you’d probably say “anyways,”), you’re welcome to seek me out at a trade show and tell me how much you hate ethanol, why it’s so bad, and how badly you don’t want to sell it. I’m not sure what kind of response retailers are looking for when they offer that type of comment, but what I usually say is, “Sounds like you probably shouldn’t sell E15.”

Some marketers then mutter something about “the ethanol mandate” and being required to give up E10 and sell a minimum of 15 percent ethanol in every gallon of gas. Geez, I wish. But the only way you’d be required to do that is if your branded supplier made you do it. There’s no regulation requiring such a thing.

You’re concerned your station’s equipment isn’t compatible? Not likely. The Department of Energy’s National Renewable Energy Labs released the E15 and Infrastructure report nearly four years ago, and in it they said, “It is often stated that tanks cannot be used to store E15, but this assumption is incorrect as the majority of installed tanks can store blends above E10.”

They also said, “For many decades, underground storage tank (UST) manufacturers certified their USTs for blends up to E100, for example, all steel tanks and underground fiberglass tanks since the year 1990.” The report covers everything from the nozzle and hanging hardware, back through the dispenser to the piping and even the dreaded and mysterious “pipe dope”—which is obscure enough to have become a favorite of ethanol fear-mongers working hard to keep retailers from offering E15.

If yours is one of the rare, non-compatible sites, please don’t sell our fuel. Pumps and equipment 30 years old or older are bound to fail at some point, and if E15 or any other ethanol blend is in there, our fuel will be blamed. Trust us. Ethanol has been a favorite scapegoat of mechanics who don’t have any idea what’s wrong with a car, for decades.

Old pieces of junk fall apart because they’re old pieces of junk, not because of the kind of fuel that’s in them. So, we’re not going to shed any tears over your use of non-ethanol gas in your old hoopty or your vintage gas station. Come see us when the old stuff blows.

Here’s the thing: If E15 actually caused the problems big oil, little oil, and ethanol’s other detractors say it causes, we (the ethanol industry) would be insane to convince more retailers to sell it. And our opponents would be insane to try and stop us. It wouldn’t take very many disabled cars to get E15 off the roads forever. But it hasn’t happened, and it isn’t going to happen.

The ethanol industry is not interested in leaking out of anyone’s tanks or lines or dispensers, and we don’t need retail station owners begrudgingly putting in E15 and waiting for something to go wrong so they can blame it on ethanol. It isn’t worth the time or money to either of us.

On the other hand, if you’re curious whether your equipment is compatible, or you want to talk to other marketers who have already put in E15 and/or flex fuels, and have higher customer counts, higher fuel and inside sales volumes, and are making more money than they’ve ever made, we can put you in touch with several. You can also hear about them at flexfuelforward.com.

And for those of you who don’t want to change right now, good luck. Rest assured we’ll still be willing to help you add higher blends of ethanol when you’re tired of having your butt kicked by the guy selling E15 across the street.