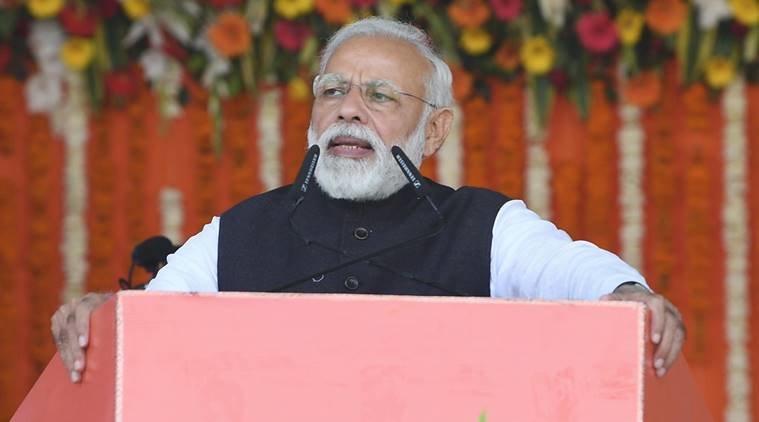 Sources said that the Ministry official was “not immediately agreeable”, but rescinded after being warned that the NDMC would complain to the Election Commission of the violation.

“All hoardings/standees carrying PM’s photo need to be removed from the retail outlets by 10 pm today. While we have advised vendors to remove the same, please arrange to remove yourself if they are not able to reach your retail outlet,” said a WhatsApp message issued by one OMC subsequently.

“Please remove all Modiji flex from your retail outlet after confirming with your field officer, as the Model Code of Conduct has come in,” states a WhatsApp message from another OMC. Currently, there are around 56,000 retail petrol pumps across the country which are run by the three state-owned OMCs — Indian Oil, Bharat Petroleum and Hindustan Petroleum.

Last July, the three OMCs had asked fuel stations across the country to display hoardings of government schemes featuring the PM’s picture. The most advertised among the schemes was the Pradhan Mantri Ujjwala Yojana.