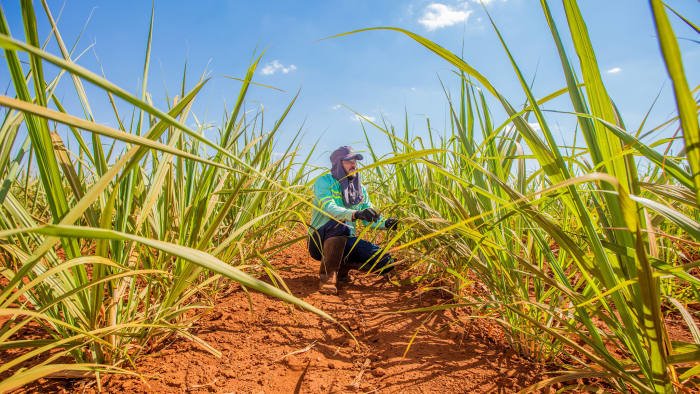 For centuries the world has agonised over its relationship with waste — by burying it, burning it, flushing it. But entrepreneurs at Fulcrum BioEnergy are now trying to turn it into jet fuel.

Organic material like banana peels will be put into a vessel to decompose under pressure and heat, in a similar process to the creation of fossil fuels over hundreds of millions of years. The Californian start-up is investing $280m in a plant near Reno, Nevada, that, once fully operational, is expected to produce 10m gallons of renewable “syncrude” [synthetic crude] a year from organic material that would otherwise go to waste, which can then be refined into transportation fuel.

Its endeavour is being backed by oil and gas major BP, which committed $30m to Fulcrum in 2016 in the hope of stealing a march on rival producers whose biofuels are mostly produced from corn, sugar cane or vegetable oils. “If you want to decarbonise [the energy system], biofuels has a big role to play,” says Dev Sanyal, who is responsible for BP’s alternative energy business.

BP already has one of the world’s largest operated biofuels businesses, employing close to 6,000 people in three sugarcane processing units in Brazil. BP’s traditional biofuels business is commercially attractive and profitable, says Mr Sanyal, but his goal is to make other, more advanced, technologies such as bio jet fuel viable options.

New innovations that enable biofuel production from non-edible plant waste material are seen as more sustainable and socially responsible, following a backlash against the use of food crops in the production of biofuels. “The question is how do you commercially produce these at scale,” says Mr Sanyal.

More of the world’s oil and gas majors are now focusing their research and venture capital spending on attempts to expand production of more environmentally friendly liquid fuel stocks. Exxon Mobil of the US, for example, is conducting research on how to create biofuels from algae. Most majors are placing a bet on continued demand for combustible fuels

Most majors recognise that climate change policies will curb the upward trajectory in oil consumption in the coming decades. But they are also placing a bet on the continued demand for combustible fuels, particularly for heavy trucks and aeroplanes. This is because electric powertrains cannot normally compete with high energy-to-weight ratios delivered by combustible engines that are required for many modes of transport.

Though biofuels create carbon emissions similar to fossil fuels upon combustion, their green credentials are based on the fact that they are produced from organic material that has only recently absorbed carbon dioxide from the atmosphere.

These greener biofuels are typically consumed by blending small amounts with traditional liquid fossil fuel stocks. But as demand for transport energy grows, yet more alternative supplies will be necessary as the world tries to shift away from dirtier liquid fuels, analysts and oil company executives say.

According to the International Energy Agency, if the world is to transform the energy system by 2030 to meaningfully tackle carbon emissions, annual production of transport biofuels has to treble from production levels of 83m tonnes of oil equivalent achieved in 2017. Meeting the IEA’s sustainable development scenario, which aligns the world’s future energy use with ambitions set out in the Paris climate accord, will require wider use of biofuels in more transport sectors, including shipping and aviation.

But the world is falling short of this ambition. “Production [of biofuels] is not growing fast enough to meet this demand,” said the IEA in a January report. Increasing this output threefold by 2030 would require a compounded average annual production growth of 10 per cent through to then. However, annual growth of just only 2.5 per cent is forecast over the next five years.

For some, broadening the use of biofuels remains controversial on any terms Some critics claim that they are often far from “carbon-neutral” over their full cycle from production to consumption. Others point to examples of disruptions to land use, threats to biodiversity and displacement of food supplies created by biofuels projects.

Beyond this debate, biofuels can offer an extra appeal to countries concerned about their energy security, as they can be produced domestically from crops and waste to reduce imports of foreign oil and gas that can often strain poorer countries’ foreign currency reserves.