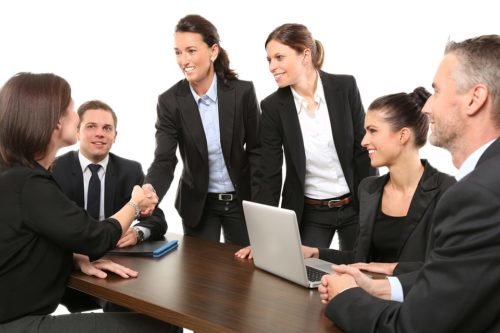 Hard targets for women in oil and gas are necessary to accelerate diversity in a male-dominated industry, Royal Dutch Shell Plc’s U.S. President Gretchen Watkins said in an interview.

“Diversity can happen more quickly when you put targets in place,” Watkins said in an interview on the sidelines of the CERAWeek by IHS Markit conference in Houston. “I’m a fan of that. I think our industry has gotten better in my 29 years here but we’re still far from where we need to be.”

Watkins was speaking in a personal capacity and said that a call for numerical targets is “somewhat controversial” within the industry. Shell has internal targets, which it doesn’t publish, said Natalie Gunnell, a company spokeswoman. Globally, the oil and gas sector ranks second only to construction as the worst for gender equality, according to a 2017 study by Boston Consulting Group.

The reason is that colleges tend to graduate disproportionate numbers of white men in mechanical engineering and technical professions, Chevron Corp.’s CEO Mike Wirth said on Tuesday. Increasing diversity in the workforce is a key aspiration for his tenure leading the company, he said, without giving any targets.

Only 22% of oil and gas workers are female, according to the BCG study. But an even smaller percentage progress to the executive ranks, showing that the problem isn’t simply confined to academic institutions. “The industry, we need to continue to hold ourselves to account,” Watkins said. “I’m a huge advocate for role models and mentors. I’m also an advocate for putting goals and targets in place.”

Numeric targets are gaining popularity in some quarters because they force companies to commit to improving diversity and measure their progress. The 30%Club was launched in 2010 in the U.K. with the goal of having that percentage of women on boards. Some 27% of FTSE 350 directors are now female, according to group’s website.

Shell has several programs to advance women within the company, including ones focused on career development and mentoring. It also has flexible working hours and a global minimum standard of 16 weeks maternity leave.

Watkins, who has three children, was CEO of A.P. Moller-Maersk A/S’s oil production division before joining Shell last year. At the Copenhagen-based company, she managed the division’s sale to Total SA for $7.5 billion. Before that she spent the bulk of her career at Amoco and then at BP Plc after the two companies merged. She also had senior leadership positions at Marathon Oil Corp.

The biggest challenge women face compared to their male colleagues is having a family, said Watkins. “It is a difficult time in a woman’s career to take time off,” she said. “You know you want to. But there’s also a little bit of fear of the unknown.”