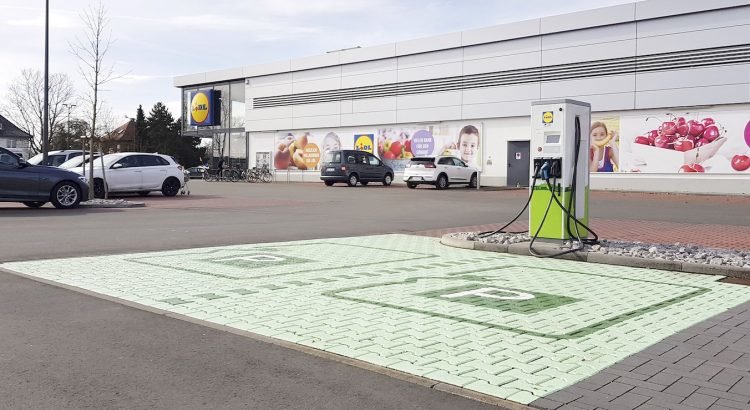 The competition between Aldi and Lidl is entering a new round. This time, it even affects a very different business field, because it’s not about food, but about e-car technology. Lidl jumps on the trend and wants to offer its customers soon a dense charging station network.

According to Lidl, 400 charging stations will be built in the stores of the discounter within a year in Germany. “In order to advance the mobility turnaround in Germany, we have to take away people’s concern about a limited range,” Wolf Tiedemann, Director Central Services at Lidl Germany, quoted in the company statement. “Therefore, the nationwide expansion of our charging infrastructure is a decisive factor for the success of electric vehicles and an investment in the mobility of tomorrow,” Tiedemann continues.

The maximum distance between two locations should, therefore, be 50 kilometres – on average, it should be less than 20 kilometres. Rapid charging stations near the highway are planned, with which it should be possible to recharge electricity for up to 200 kilometres within 30 minutes. Thus, Lidl addresses travellers on the highway, which can initially charge their e-car as a customer.

Further details regarding later charges for charging the battery were not announced by Lidl. The discounter speaks in the message of the largest charging station network in the German food trade. But Lidl is not the only provider in the industry that relies on technology.

According to “Handelsblatt”, retailer Kaufland has commissioned its 100th charging station in Germany at the beginning of February this year. By the end of 2020, another 100 quick charging stations are to be set up. Even Lidl’s direct competitor Aldi has set up charging stations in almost 100 locations in the south.