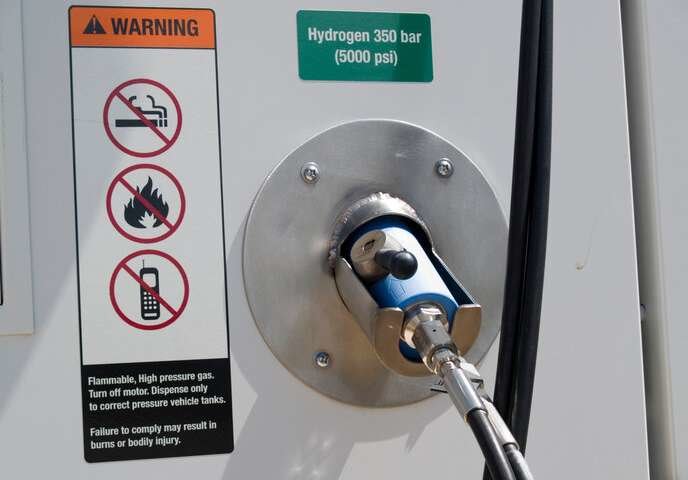 Although the mass roll-out of fuel cell electric vehicles is still years away, efforts to make hydrogen-powered cars mainstream have intensified in recent years. With Europe's ambitions to become a leader in zero-emission mobility in the transition to a clean, low-carbon energy system, several countries are setting up hydrogen refuelling stations (HRSs).

In its endeavour to create the world's largest network of HRSs, the EU-funded H2ME project continues to test solutions that offer viable and competitive alternatives to fossil fuels at regional, national and pan-European levels. A filling station in France's Sarreguemines district has entered the spotlight recently, thanks to its progress in demonstrating on-site hydrogen generation using electrolysis.

Christian Hector head of the technical service of Cofluences and initiator of the FaHyence project that's part of H2ME summarises the aim of the installation in the UK edition of 'The Conversation'. "The purpose was to test electric mobility in a cross-border context as well as to validate the technical reliability of a hydrogen gas station in combination with an electrolyser on-site."

Launched in April 2017 FaHyence is the first refuelling station in France that can produce hydrogen on-site and on demand from renewable energies according to a press release by project partner McPhy. With a daily capacity of 40 kg covering about 25 vehicles at 350-420 bar charging pressures the station aims to contribute to cross-border hydrogen mobility with Germany and Benelux. Refuelling is completed in just a few minutes as noted in the same press release.

The article by 'The Conversation' states: "Compared to hours of charging necessary for conventional battery-based electric vehicles the four minutes to fill a vehicle's tank with hydrogen seem to be more than acceptable." The same article highlights other HRSs in France, including a site in Grenoble that has been operational since 2018 under the HyWay project, as well as others that are being built at Rodez and Nantes.

A document on the project website summarising its achievements states that during the two phases over 1 400 vehicles and more than 45 HRSs will be deployed. According to the same document despite limited infrastructure coverage the deployment of such stations in Europe continues at an increasing pace.

However it also points to delays in HRS installation due to the permitting process that is related to different regulations codes and standards across Europe. The document suggests that further research and development in the HRS supply chain is needed in areas such as the metering technology and spare parts. H2ME initiatives are supported by the EU's public-private partnership the Fuel Cells and Hydrogen Joint Undertaking.