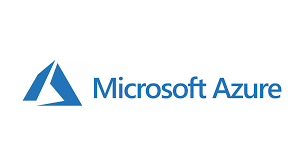 Currently in the middle of an enterprise transformation, Caltex has been buying franchised outlets; growing retail and convenience revenues; and strengthening fuel customer loyalty -- with data and intelligent technology supporting its entire operation.

Viv Da Ross, CIO at Caltex Australia, who joined the company in late 2016, has set about refreshing the company’s IT infrastructure to provide access to the data required to support its transformation objectives. Da Ross said that driving operational efficiency and improving customer experience were the key issues he had to grapple with when crafting the digital roadmap for Caltex.

The company has created the following digital products:-

FuelPay: An app that allows people to pay for their fuel with three taps on their smartphone. By the end of 2018, more than 150,000 copies of the app had been downloaded and it had been used to pay for 6.7 million litres of fuel.

Number plate payment: This allows people to drive into express lanes, fill up their cars and drive away, having the payment captured through number plates.

Foodary outlets: 58 Caltex shops to date have digital screens on every pump that allow people to order coffee, and access digital displays, WiFi and streamed music.

Caltex Australia is using Microsoft Azure as its underlying compute platform with Windows apps and Office 365 deployed group-wide. Communication and collaboration services are supplied by Skype, Teams and Yammer. The Caltex Intranet is built on SharePoint Online while and Power BI handles reporting and analytics.