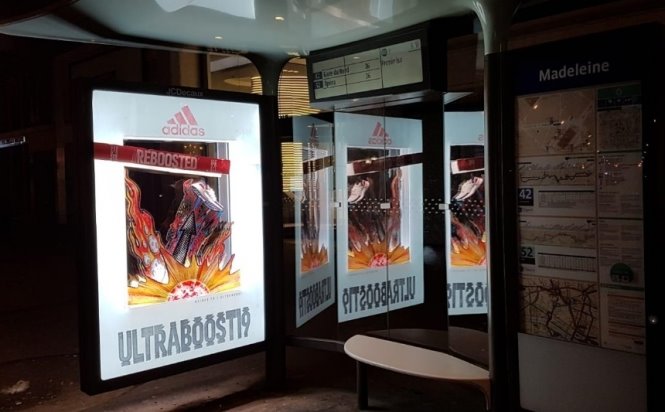 Electric publicity screens in French transport hubs could be switched off at night and in winter, after it was revealed that the annual energy use for one is equivalent to three family homes.

Electric “poster” screens are becoming more and more common in cities, especially in public transport stations. In 2017 alone, their presence rose by 16%; and in Paris there are now more than 600 of them. They are generally replacing old-style static advertisement posters, and allow companies to project moving adverts on to large, bright screens.

But Marc Jediska, from energy NGO think-tank Négawatt, has said: “Even for local use [of the screens], we are talking the equivalent of the annual [energy] consumption - apart from heating - for three family households.”

Transport network RTE does not classify the screens as “priority use” for energy consumption. The company is now questioning whether the screens should be turned off over winter - when the weather is colder and energy use in French households increases.

This would help to avoid the country having to use energy produced by coal, or having to import more energy from abroad, during these colder months. The move would also put RTE in line with some other major companies, who already seek to make energy savings at peak hours of the day for example, in the evenings.

Peak times are defined as the time of day when users demand the most from the energy network, due - for example - to coming home from work, turning up the heating, cooking dinner, and loading up the washing machine all at the same time. It is argued that turning off these publicity screens overnight would help to save on fossil fuels and electricity consumption during peak hours.

Yet, the company JCDecaux, one of the major installers of the screens, has said that the technology is actually more energy-efficient than the traditional posters. The company itself has set a target to reduce its electricity consumption by 15% by 2020.

Company head Jean-François Decaux said: “These screens are already [ecologically] better than sending someone in a car to change the posters.” The debate over the screens comes amid a tense time for the government with regards to environmental campaigners, in the wake of large-scale protests against climate change in recent weeks.