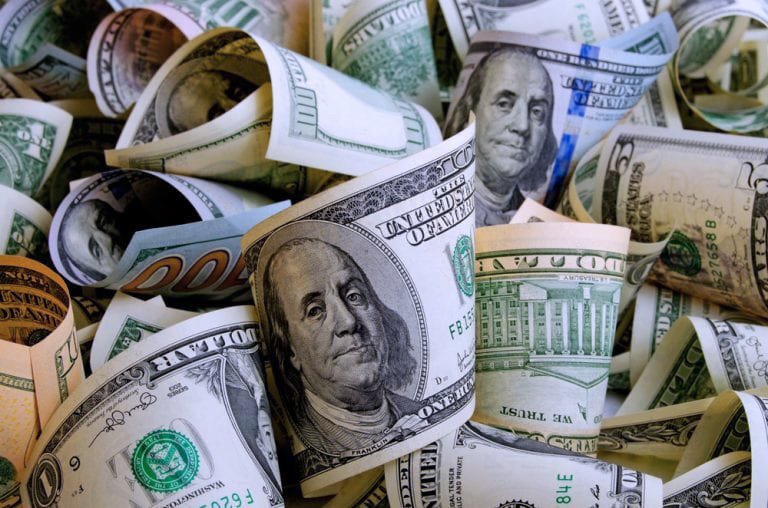 The wealthiest households in America are stashing cash at record levels, according to a report by Bloomberg. The top 1 percent have more cash at their fingertips than the entire bottom 50 percent.

Cash holdings made a huge jump from less than $15 billion right before the last recession to a record-breaking $303.9 billion at the end of last year, according to the Federal Reserve.

Meanwhile, cash holdings for the lower half of the population have also surged almost tenfold since the recession, but that’s still a much slower pace than the wealthiest Americans.

Cash use is also rising internationally; according to a report in Reuters citing the Bank for International Settlements (BIS), the use of cash is actually rising in both developed and emerging markets.

“Some of the breathless commentary gives the impression that cash in the form of traditional notes and coins is going out of fashion fast,” said Hyun Song Shin, BIS economic adviser and head of research, according to Reuters. “Despite all the technological improvements in payments in recent years, the use of good old-fashioned cash is still rising in most, though not all, advanced and emerging market economies.”

That’s not to say debit and credit card payments aren’t seeing growth. According to the study, they represented 25 percent of GDP in 2016, up from 13 percent in 2000. Consumers own more credit and debit cards today and use them for smaller transactions than in years past, the BIS found.