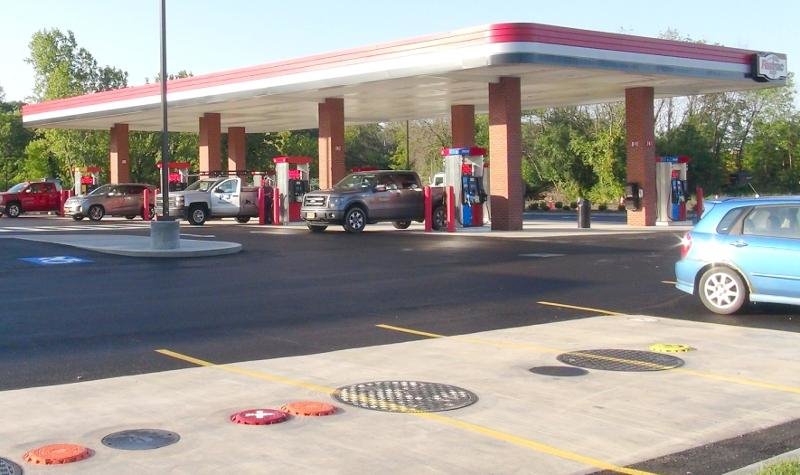 The Blackburn, England-based EG Group announced that it has agreed to acquire Fastrac Markets’ retail as well as Fastrac’s wholesale fuel business.

Based in Syracuse, N.Y., Fastrac’s more than 500 employees and 54 locations are clustered along the I-90 corridor in the Rochester-Syracuse-Albany region. What made them attractive to EG Group was a portfolio of large, modern facilities and an impressive fuel procurement and transportation department.

“These stores are highly complementary to EG Group’s existing U.S. operation and we are very fortunate to have Fastrac join our EG America family,” said Jay Erickson, president of EG America, the U.S. affiliate of EG Group. Erickson even cited what he called Fastrac’s well-developed signature pizza program as part of a total package that impressed his company and drew its interest in adding it to its own.

The addition of Fastrac is the latest in a yearlong buying spree that has firmly established EG Group’s American footprint. The company purchased 762 locations from Kroger Co. in April of 2018 and added another 226 stores in December after buying Travel Centres of America’s Minit Mart locations. Today’s announcement will raise EG America’s U.S. ownership to 1,042 stores in 24 states.

Calvin had praise for the smaller companies that caught the eyes of larger chains. “It’s a testament to the owners and employees of NOCO, Fastrac and Express Mart that major national players viewed their stores as a worthy investment,” he said. Calvin also said that, while he is not privy to all of the details of the deals, he can’t help but feel that what he called an increasingly hostile regulatory climate for smaller businesses in his state may have played a role in the smaller chains’ decisions to sell.

The company may not be finished buying, either. Zuber Issa, who founded EG Group with his brother Mohsin in 2001 and serves alongside him as co-CEO, hinted they may pursue more U.S. growth. “For the past 18 years, we have had a vision of becoming a leading gas station, convenience store operator around the world,” Zubber Issa said. “This is another exciting addition to the U.S. portfolio as we continue on our growth journey.”

The company also made multiple land purchases last year for what it called “new-to-industry stores.” It said that it plans to bullishly explore further real estate development prospects and provide growth opportunities in the United States.

The EG Group currently employs more than 30,000 people at more than 5,000 sites across Europe, the U.S. and Australia. It also has partnerships with a variety of brands, including Starbucks, Burger King, Spar, KFC, Subway, Shell, BP, Esso, Texaco and others.

“Our group’s ability to maintain consistency in brand standards along with delivering the right customer experience have made EG Group a partner of choice,” said Mohsin Issa. “Our proven track record of developing similar portfolios, creating career opportunities and being able to leverage our relationships with leading retail brands to meet customer needs and align with market trends is second to none.”

With the Kroger deal, EG America put its headquarters in Cincinnati, where Kroger was founded in 1883. Erickson is a c-store industry veteran, starting as a store manager with Kroger’s Loaf N Jug division, rising through positions in information technology, marketing, merchandising, operations and on up to president of the Tom Thumb Stores before leading EG America. Matrix Capital was the exclusive advisor for Fastrac Markets. The acquisition is subject to regulatory approval.