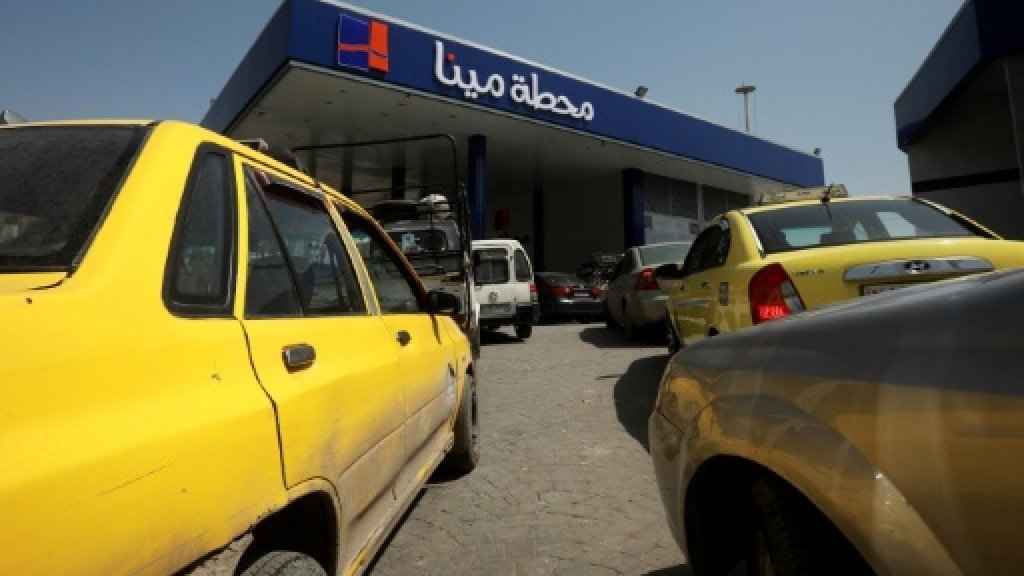 Lines at the stations were the latest sign of a fuel crisis hitting regime-held parts of war-torn Syria, as the government set a cap on the daily consumption of subsidised petrol.

Syria's government has been facing a flurry of international sanctions since the conflict started in 2011, including over the import of petroleum-related products. The ministry of petrol and mineral resources said it was temporarily slashing the daily cap on subsidised petrol by half, from 40 to 20 litres per vehicle.

Ali Ghanem, the minister of petrol and mineral resources, said the temporary cap would not effect the monthly allowance of subsidised fuel. Motorists were still entitled to 200 litres of subsidised fuel every month, he said.

The latest decision is meant to limit the amount of fuel each vehicle can consume on a daily basis, "to allow for a larger number of citizens to fill their tanks on any given day," he said during a tour of petrol stations in the capital. But Damascus residents fear the state-supported monthly petrol allowance could also drop. Prime Minister Emad Khamis said most Syrians consumed an average of 120 litres a month.

But the country's main oil and gas fields remain out of government control in the northeast of the country, and Western nations are working to hamper oil-related imports.

In November, the US Treasury issued a new advisory threatening penalties against those "involved in petroleum-related shipping transactions with the Government of Syria". It also moved to disrupt a network "through which the Iranian regime, working with Russian companies, provides millions of barrels of oil to the Syrian government".