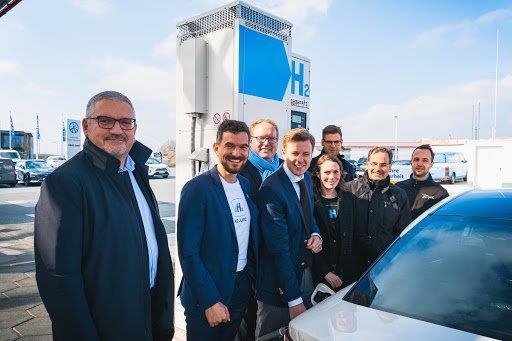 Germany is moving closer to its target of 100 hydrogen stations by the end of 2019 with the opening of two new stations in Bayreuth and Berg in the district of Hof.

The new stations, jointly opened by H2 Mobility Deutschland and its shareholders Air Liquide and Shell, are located at the Shell service stations at Christian-Ritter-von-Langheinrich-Strasse 2 in Bayreuth and at Sieggrubenstrasse 5 in Berg near Hof.

Both stations were funded by the European Commission through the Fuel Cells and Hydrogen 2 Joint Undertaking (FCH JU) and bring the total number of hydrogen stations in Germany to 64.

“Hydrogen is one of the best solutions for achieving the goals of the Paris Agreement. It has the potential to decarbonise the transport sector, one of the major sources of pollution in our cities,” said Markus Schewitza, Managing Director Air Liquide Advanced Technologies.

“Air Liquide is proud to contribute to the building of the biggest hydrogen infrastructure in Europe, and to thereby create the prerequisite for rolling-out fuel-cell vehicles in Germany.”

Lorenz Jung, Head of Network at H2 Mobility Deutschland, added, “Driving an electric car is fun, but charging it is less so. Hydrogen is the solution: electromotive acceleration, refuelling in three minutes, and ranges of 500 – 800 km. We are pleased to see an increasing number of hydrogen pioneers using our growing network of filling stations.”