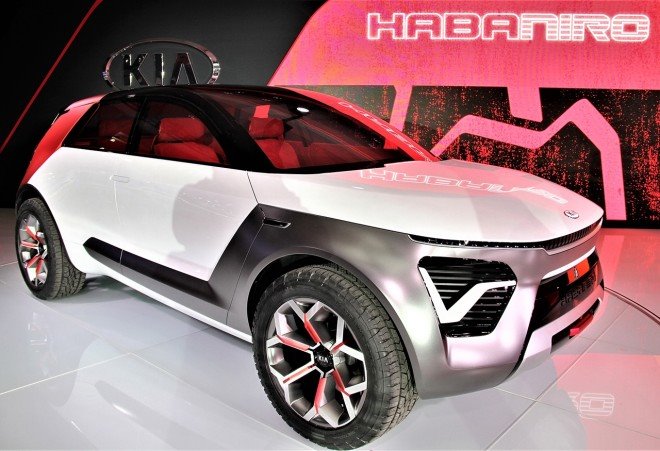 Instead of just having a smaller screen serve as your means of managing and controlling a vehicle's media system and in-car functions, Kia decided the best way to have a bigger screen is to make use of the entire windshield. That's right, this cool-looking EV from Kia has perhaps one of the biggest media displays.

Say hello to the Kia HabaNiro concept, their take on making the every day electric vehicle of the future. Blending sharp aesthetics with a minimalist yet cutting-edge interior, Kia describes their latest EV concept as the Everything Car Electric Vehicle (ECEV). 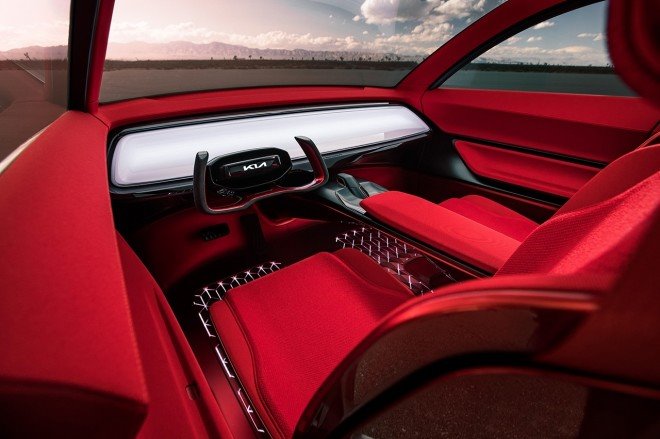 Beginning with the most obvious, the HabaNiro is unlike anything Kia has ever designed. With an emphasis on maximizing its 'hot and spicy' looks, the HabaNiro features a shark-like front end and is complemented by a protective body cladding that surrounds the front wheels and sides of the body. Contrasting it, on the other hand, is the Lava Red aero panel that Kia claims give the concept a forward-leaning posture for added exterior effect.

But perhaps serving as the most eye-catching feature of the Kia HabaNiro is its butterfly-style doors. Unlike gullwing or scissor-style doors that only lift up, the concept's unique setup makes the entire doors pop right out which makes for easier ingress and egress.

Stepping inside, the distinct Lava Red finish covers the entire cabin of the HabaNiro. Keen-eyed readers, however, will notice that there is no on-board touchscreen or infotainment system on the centre dashboard. That's because Kia installed it on the windshield itself. That's right, the entire windshield not only lets drivers and passengers see out of the car, but it also serves as a display for navigation, media, and other functions / displays. It also doubles as the car's instrument display that can monitor key functions.

Besides having one of the biggest displays, the HabaNiro also comes with several smart features like: real-time emotion driving adaptive driving (R.E.A.D.) which monitors and adjusts the car's interior accordingly, an eye-tracking system-based rear view mirror, a smart AI that can sense if the driver is already hungry, and level-five autonomous driving which negates the need for human intervention while the car is driving all by itself.

Powering the HabaNiro is an e-AWD electric powertrain. It gets two electric motors that power each axle and a claimed cruising range of over 480 km. Kia did not state its battery capacity but they did mention that it has one of the most advanced and state of art battery tech available.

Kia said that a production version may soon be on the way. However, they did say that the butterfly-style doors may not make it. Despite of that, what we are looking forward to is that huge media display that we hope might make it onto future Kias.