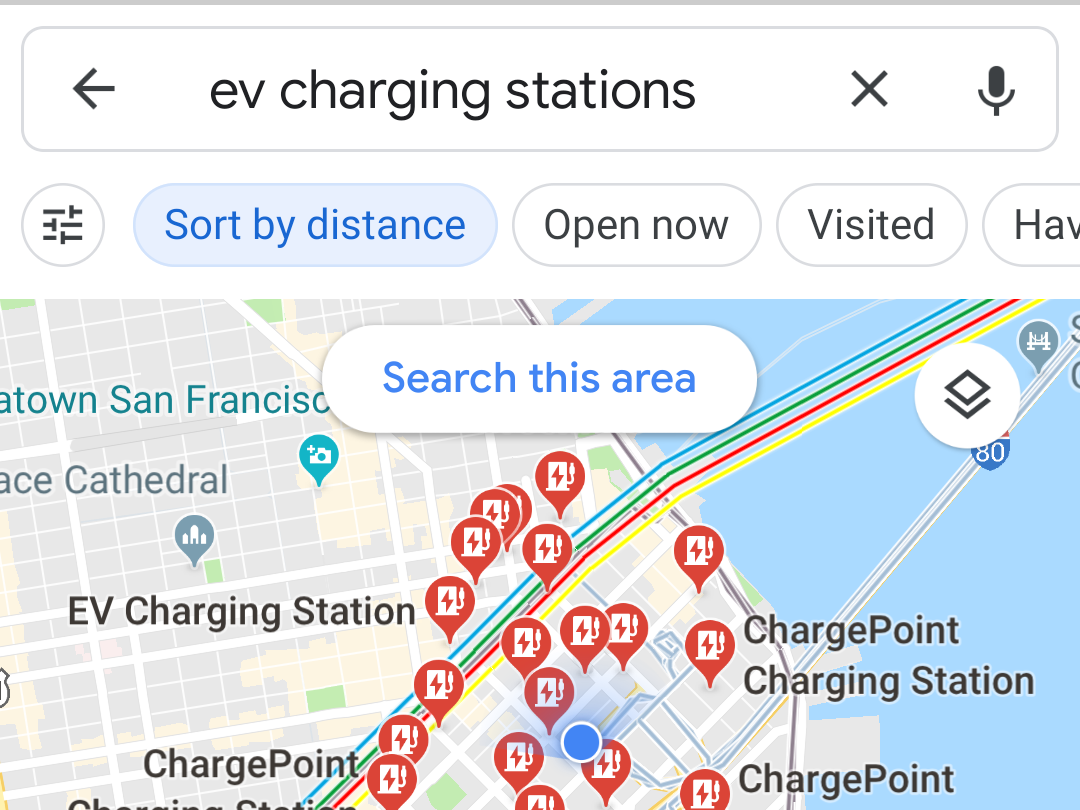 The new feature is available across the United States and UK charging stations, though only Chargemaster, EVgo, and SemaConnect charging stations are supported at the moment. Google says it plans to add ChargePoint chargers down the line.

Being able to search for EV charging locations was added to Google Maps back in October. At the time, the feature would show users the number of chargers at each location including a handful of other pertinent details, such as wattage, pricing, and reviews from other drivers. With this new update, users will also be able to see whether a charger is occupied before going out to visit it.

Real-time charging information will show up alongside results when searching for "EV charging stations." "You'll then see how many ports are currently available, along with other helpful details, like the business where the station is located, port types and charging speeds," according to Google.

It's not clear why Tesla's Supercharger are missing from Google's lineup of supported charging points, especially since they were part of the original announcement last year. To be clear, Tesla Superchargers still show up in the app when performing a search — they're just not updated with real-time charging information.

EV stations and charging status will show up on all variants of Google Maps, including for desktop, Android, iOS, and of course, Android Auto. To use it, simply update the Google Maps app to the latest version.