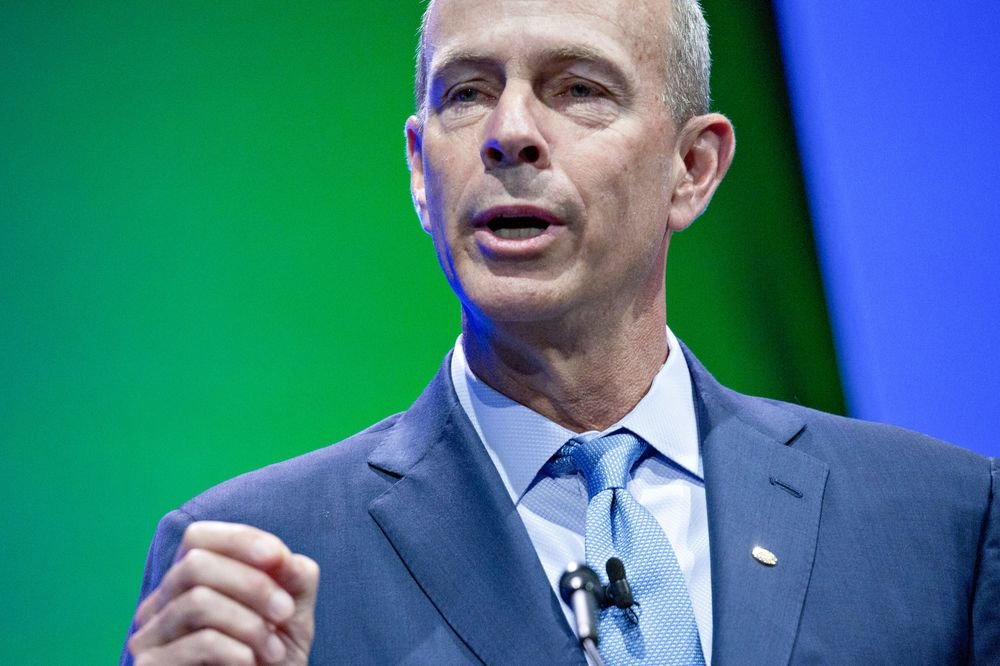 Even as it faces a higher rival takeover bid, Chevron Corp. is already working on integrating Anadarko Petroleum Corp.

Just two weeks after Chevron agreed to buy Anadarko for $31 billion, executives from both companies have begun planning the combination of their sprawling international operations, said Chevron CEO Mike Wirth (pictured above).

The Chevron CEO was speaking for the first time publicly since Occidental announced its cash-and-stock proposal for Anadarko earlier this week. Wirth reaffirmed Chevron’s confidence in completing the deal, which he said may happen in the third quarter. He didn’t rule out making a higher offer.

"Is there a point at which you’re done?" he said on Chevron’s first-quarter earnings call. "Of course, the answer to that is yes, there is. This isn’t the time to address that specifically, but we’ve said we will do things that are value-creating for our shareholders.”

Wirth didn’t specifically address the $38 billion counter-offer from Occidental but outlined several reason why he sees Chevron having the “best strategic fit” for Anadarko’s assets, including its financial strength, global reach and its history of integrating large companies.

Anadarko said it’s weighing Occidental’s bid, while also reaffirming its commitment to the Chevron deal. Anadarko’s shares rose 1.3% to $72.71 at 2 pm. in New York. They’re trading well above Chevron’s bid, indicating the oil major may have to raise its offer.

However, analysts have cautioned that Occidental lacks Chevron’s financial muscle, and that its offer requires the approval of both sets of shareholders. The Occidental proposal would also require the payment of a $1 billion fee to terminate the Chevron accord, which doesn’t need an investor vote.

Wirth said he plans to travel to Mozambique in East Africa where Anadarko is developing a massive gas-export project, which he called it a “world class resource.” “We’ve already begun joint integration meetings with Anadarko,” he said on the call with analysts. “We had full teams from both companies meeting for multiple days this week already.”

Chevron’s first-quarter earnings beat analysts’ estimates as it reduced costs and increased cash flow compared with a year ago, shaking off a lower oil price and a major reduction in downstream earnings that also affected rival ExxonMobil Corp.