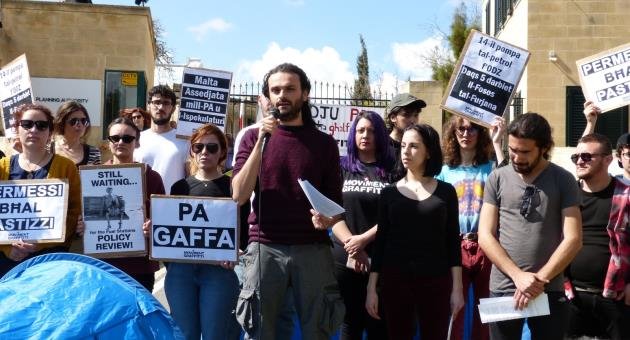 The organisation said it is satisfied that the pressure applied through several direct actions, supported by many other NGOs and echoed by much of the public, has had its desired effect. This shows that when people band together, positive change can be achieved.

Moviment Graffitti said it is cautiously optimistic about the changes proposed, nonetheless noting several points of concern which the organisation shall be raising in its feedback to the Planning Authority (PA) during the public consultation period.

Of particular concern is that although the pending applications are to be decided on the basis of the proposed policy once this comes into effect, there is no mention of the applications due to be heard in the period up to the approval of the new policy.

There is no sense in proposing a change while allowing applications already submitted to continue being decided on according to the old policy. It is also worth noting that it may take many, many months before any changes are effected.

Therefore, Moviment Graffitti calls on the PA to halt any and all applications for fuel service stations until the proposed policy comes into effect. The draft revised policy out for review features several improvements over the one currently in effect.

The options for take up of ODZ land are significantly more limited. However, some points are of concern. The proposed policy requires no limit on size and no minimum distance between fuel stations, including those in Areas of Containment.

It is to be highlighted that Areas of Containment are ODZ sites. This may open the door to massive complexes of commercial services for cars, using the excuse of dispensing fuel to justify the take up of large parcels of land. Moviment Graffitti maintains that fuel stations should be limited in size, with other commercial activities related to car servicing operating under a commercial policy. The current and proposed policies both allow this abuse.

The proposed policy allows for the upgrading of facilities for ancillary services. This seems to open the door for fuel stations to expand for reasons unrelated to the fuel dispensing function, again providing a loophole that can be exploited.

The fact that ODZ land remains available for development, notwithstanding the increased constraints in that regard, continues to devalue the ODZ classification. Moviment Graffitti stresses that ODZ should remain ODZ, and land already committed should not continue to be degraded, but should be returned to its natural state or used for agriculture.

A similar loophole has led to the loss of a lot of ODZ land for residential purposes. We can expect the same if the proposed policy goes through. Moviment Graffitti urged the public to submit their thoughts to the PA throughout the consultation period to close potential loopholes and stop all pending applications until the new policy comes into effect.