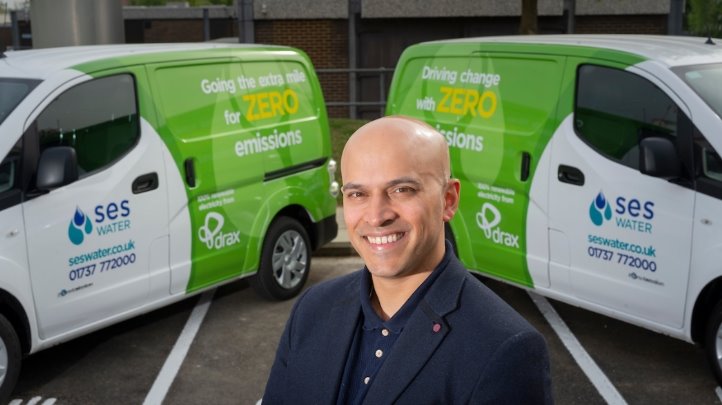 The UK-based energy company will offer the service through its Haven Power arm, giving clients both practical support and advice.

It said that clients will have access to its “expert” advice and assessment on which EVs are available and its analysis of charging methods – aimed at minimising charging costs and fleet downtime – as well as physical infrastructure such as EV charging points, vehicle telematics systems and EV leasing platforms.

Businesses to sign up to Drax’s service will also receive its renewable electricity to power their EV fleets. During 2018, 69% of the electricity sold by Drax was generated from renewable sources.

Drax unveiled the creation of the EV service after trialling the business model through a contract with SES water. Through the service, SES Water has invested in 16 new EV charging points and has pledged to replace 10 of its 120-strong fleet of vans with fully electric models by the end of 2019.

The utility estimates that these moves will slash its annual carbon footprint by 43 tonnes of CO2e and is now exploring the possibility of trialling Vehicle-to-Grid (V2G) technology within its estate. V2G systems enable plug-in vehicles to act as a form of distributed energy storage by providing demand-response services to the power grid.

“EVs are still a relatively new technology and making the switch can be daunting,” Drax Retail’s chief executive Jonathan Kini said. “We can take the stress out of the process, so customers have confidence that the decisions they’re making will be good for the environment, as well as their business.”

Recent research from professional services giant PwC concluded that the number of EVs in the UK rose by more than 50% between 2016-2017, with businesses driving a key proportion of this increase through adopting electric cars and vans for their fleets.

Indeed, The Climate Group alone credits itself with spurring the adoption of 10,000 low-carbon vehicles to date through its EV100 initiative for businesses, and is now targeting two million vehicles by 2030. And looking to the future, a survey by fleet management and telematics firm Geotab found that almost nine in ten of the UK's fleet managers are planning to switch the majority of their diesel and petrol vehicles with EVs by 2028.

But as the trend towards EV adoption continues to gather pace in the private and public sectors, several pieces of research suggest that business concerns surrounding the availability of EV charging infrastructure – and the impact it will have on the electricity grid – remain.

Drax is just one of many firms seeking to bridge the EV-infrastructure gap. In the private sector, retailers, hospitality and leisure firms and estate managers, as well as car makers such as Nissan and Jaguar Land Rover (JLR), are boosting their investments into EV charging networks. Key players in the oil and gas industry are also beginning to venture into the field of low-carbon mobility services, with Shell and BP having moved to offer rapid EV charging at their forecourts.

Collaborative offerings, such as IONITY - a joint venture by BMW Group, Daimler AG, Ford and Porsche’s parent company Volkswagen (VW) with the single aim of creating a pan-European "super" network of rapid EV chargers by 2020 – are additionally emerging.

As for the public sector, bodies including Oxford City Council, Suffolk County Council and the City of London Authority have all confirmed new EV charging projects or scaled-up their existing efforts within the past six months. However, recently published Government figures suggest that funding challenges may soon begin to hinder local authorities as they strive to provide more EV infrastructure and additional e-mobility services.