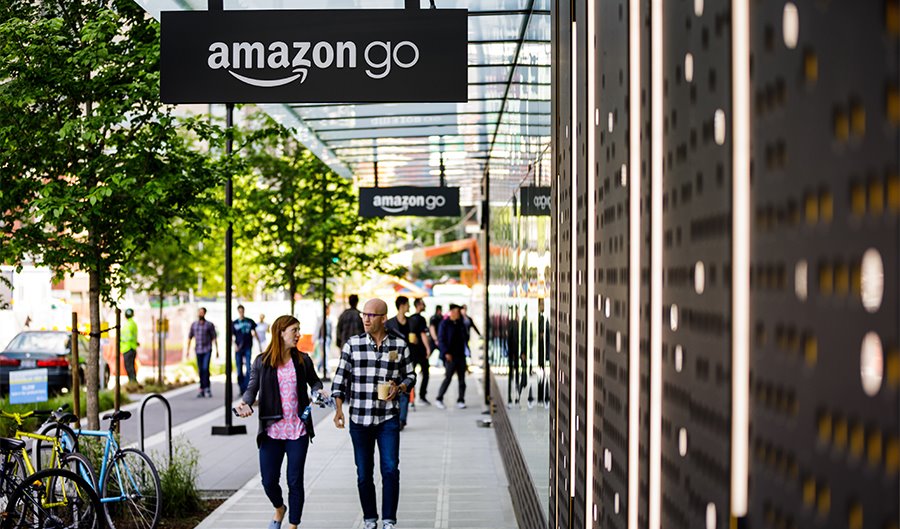 Amazon Inc. opened its 12th Amazon Go store, the first in New York. In an ironic twist, the location will accept cash.

The frictionless, cashless concept, which made its public debut in January 2018 after a year of employee testing, allows customers to enter the store through a turnstyle activated by a mobile phone app, take any product off the shelf and walk out of the store without waiting in a checkout line or interacting with a cashier.

The technology charges the customer’s Amazon Prime or other account for the merchandise. In the new store, at the Brookfield Place retail and office complex, an Amazon Go employee will swipe those who want to pay by cash through the turnstile entrance, according to an Associated Press report.

After customers take what they want off the shelves, an employee will scan each item with a mobile device and check them out. There still won't be cash registers in the store. The way Amazon Go accepts cash could change in the future, Cameron Janes, who oversees Amazon's physical stores, told the news agency. He declined to give details.

"This is how we're starting," he said. "We're going to learn from customers on what works and what doesn't work and then iterate and improve it over time." In April, a spokesperson for Seattle-based Amazon told CSP Daily News that it was “working to accept cash at Amazon Go” following backlash from critics who say cashless stores discriminate against the poor and unbanked.

Cities and states such as Philadelphia and New Jersey have banned cashless stores. Other cities, including New York, San Francisco and Chicago, are considering enacting similar bans. The spokesperson did not offer a timeline. Steve Kessel, Amazon’s senior vice president of physical stores, said in April that it is “in the earlier days” of adjusting its stores to accept cash, and it is “an important focus” for the company, according to a CNBC report.

CNBC reported that Kessel informed employees in a recent internal meeting that the company is working on “additional payment mechanisms” in its Amazon Go stores. He made the statement in answer to a question regarding “discrimination and elitism” at the stores, the report said.