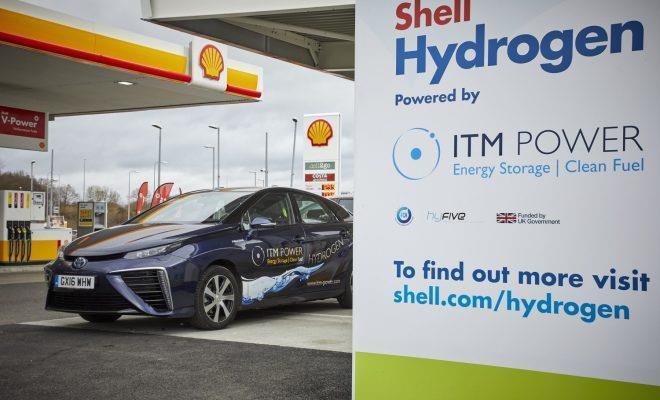 ITM Power said it had extended its hydrogen refuelling agreement with Shell.

The new agreement will run until 2024 and covers the refuelling of all types of hydrogen vehicles, from passenger cars to commercial vehicles, including buses, trucks, trains and ships.

The hydrogen station at Shell Gatwick is under construction and will be opened later this year, Shell Derby will also follow in 2019, with two further London stations planned. The UK hydrogen station network has been jointly funded by the UK’s Office for Low Emission Vehicles and the Fuel Cells and Hydrogen Joint Undertaking.

“We are delighted to announce our continued collaboration with Shell,” said Dr. Graham Cooley, ITM Power’s CEO. “We have been working together since 2015 and have developed a trusted partnership that forms a solid basis to expand in the UK and worldwide. I look forward to updating the market with further news as it arises.”

Mike Copson, from Shell Hydrogen, added, “Shell has been working with ITM Power over the last three years to deliver hydrogen refuelling to our customers in the UK.” “The successes we have achieved at Shell Cobham and Shell Beaconsfield are a strong step toward making hydrogen a convenient and viable fuel choice, and we look forward to continuing to expand the UK’s developing network.”