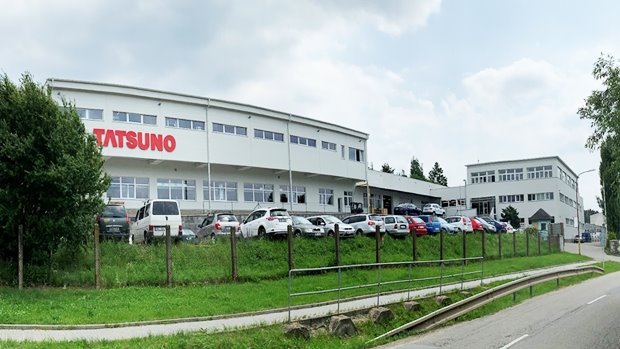 Tatsuno Europe has decided to update and enlarge their factory to meet the increasing expectations of the customers. The production in the renovated factory started on June 1, 2019.

A large part of Tatsuno dispensers is produced in Blansko, Czech Republic. These dispensers are then distributed and installed all over Europe and across the sea, from Portugal to the former Soviet Union including several African countries. Italy is the largest market; other major countries include France, Austria, Slovakia and Russia.

The Blansko facility should expect a great future. Although alternative fuels, especially electric vehicles are becoming more and more popular, conventional fuels will continue to dominate the markets for the next twenty years at least. In 2017, Tatsuno Europe started a cooperation with a French designer. Together, they develop a new OCEAN TOWER dispenser that will launch in the second half of 2019. The new dispenser is being created especially for Tatsuno’s Western European customers who, in addition to the utility properties of a dispenser, also appreciate its design, the possibility of easy transport and well as the simple installation of payment terminals inside the dispensers.

OCEAN TOWER will be a new line of Tatsuno’s dispensers after the famous line of Ocean Euro dispensers. Ocean Euro can deliver not only standard liquid oil products but also complementary fluids such as AdBlue, LPG and CNG – and do it simultaneously. The new modern system of hose retraction with a reach of almost 5 m ensures comfortable refuelling and easy handling of the hose. The dispensers are manufactured in accordance with individual orders of each customer with wide range of options and accessories.