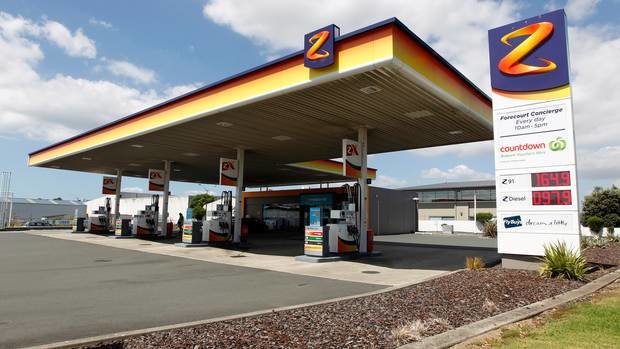 New Zealand petrol stations are 'future-proofing' in a fast-changing operating environment, resulting in strong demand for outlets among commercial property investors, according to new research.

He said the trends — identified by Bayleys Research — had helped the fuel retail sector buck perceived threats around a move away from fossil fuels, instead reinforcing the attraction of service stations as long-term commercial property assets.

"Demand for service stations is particularly strong in provincial centres where, despite a fall in the number of stations over recent years, yields on service station investments significantly outstrip those in the larger centres," says Johnson. "Sparser populations and less concentrated demand for fuel means the number of service stations in the provinces has fallen further and faster than what we've seen in the major centres, as the chains have consolidated and adjusted to the changing market.

"What we're seeing is that the land and buildings sustaining provincial fuel retailing outlets can be bought for lower prices, with higher returns compared to metropolitan locations. "An outlet that may sell in Auckland at a yield of 5.5 per cent, would — with a similar landholding size, tenant and income — typically sell at 6 per cent in the provinces. Not surprisingly, that dynamic is attracting buyer interest out into the heartland."

Johnson says buyer enthusiasm shows no signs of waning with the rise of electric or hydrogen-fueled vehicles, which are expected to become more common. The Government wants 64,000 electric vehicles on the road by 2023 as it pursues a zero-carbon economy. However, the report by Bayleys Research identified that fuel industry market analysts and the fuel companies themselves — including the Motor Trades Association (MTA) — say this is unlikely to threaten the viability of their industry for at least another 20 years.

BP, for example, is exploring electric vehicle partnerships and premium fuels with lower emissions, and is partnering with electric utility provider Vector to install rapid electric vehicle chargers at stations. "Building a new service station is expensive — about $5 million is a ballpark figure," he says. "The biggest component, apart from the land, is the underground fuel tanks and associated infrastructure.

"Land is comparatively high value regardless of the region, as suitable locations will be on a main highway with high traffic flows, and preferably a corner site. "The nature and quality of these sites also means that service station properties often hold possibilities for valuable alternative uses in the future, subject of course to any land remediation required."

New Zealand has 1265 retail-supported service stations nationwide. If unmanned sites are included, the figure rises to 1300. The split between multi-site and single-site operators is about 19 per cent and 81 per cent respectively. The only brands with national reach seven years ago were the big four of the time – Mobil, BP, Shell and Caltex (Shell was bought by Z, which has since bought Caltex).

Bayleys Research identifies there are now 21 brands. The agency's analysis identified that the typical size for a retail site with one of the major chains was about 3000sq m, including a shop floor, car wash and administrative office. Z's business model is based on company-owned outlets with managers. Mobil has a dealership network, while BP has company-owned as well as dealer-owned and operated stations.

Relatively few BP and Mobil provincial stations come on to the market for sale, though portfolios of other stations come up for sale from time to time. Bayleys Research identified that the rise of self-service stations had been the biggest change for the industry. Smaller operators, such as Gull, Waitomo and Allied, specialise in unmanned pumps and have established successful business models by being able to cut overheads to offer cheaper petrol.

"Their lack of focus on non-fuel offerings, and lack of staff, mean self-service stations are able to occupy smaller sites," Johnson said. Waitomo, established in Te Kuiti 70 years ago, has 70 fuel stops and service stations across Northland, Auckland, Waikato, Bay of Plenty, Taranaki, Hawke's Bay and Manawatu-Wanganui. It is now sourcing sites in the South Island for expansion.

Allied Fuel, part of Southland's HWR Group, has 50 truck stops and 48 petrol stations, mainly in provincial locations across the country. Australian-owned Gull has more than 80 outlets and operates mainly in the lower half of the North Island. The company hasn't built a manned station in more than five years.

MTA energy and environment sector manager Ian Baggott says the past three to five years have seen significant growth in the number of unmanned stations in the provinces and rural areas. "All the fuel retail companies need is a smaller piece of land, a couple of pumps and the technology to be able to operate in the area," he says. "The unmanned stations are a successful business model for many of the smaller fuel retail companies, where it is often difficult to get staff."

Convenience retailing at service stations has taken on more significance, with the MTA survey showing average retail sales at each site reaching $2.6m last year, up from just $1.1m three years earlier. BP says its food sales have more than doubled in the past 10 years — it is now New Zealand's number one retailer of Fairtrade coffee.